Can You Overdose on Cocaine?

Home » Blog » Can You Overdose on Cocaine? 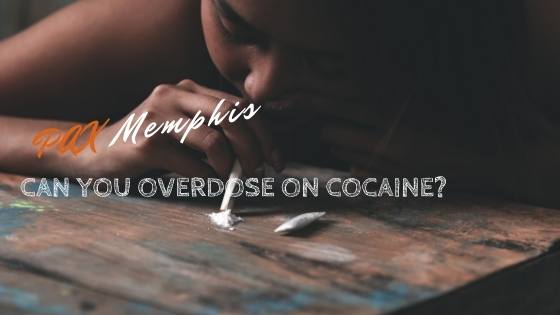 Even though cocaine is an illegal drug, it is still commonly abused in the United States. It is popular among all different types of people, from business executives who need to get the job done to college students at parties or nightclubs. The problem is that using cocaine in excess in a single sitting can lead to an overdose, and cocaine overdose can be deadly – a fact that many cocaine users fail to acknowledge. Instead, people may binge on cocaine and act like it is risk-free.

While it is true that the majority of drug overdoses involve depressant drugs like opioids, cocaine overdose is still possible and poses a serious risk to anyone who binges on or is addicted to cocaine. Even more worrisome is the fact that being an illicit substance, it is impossible to know exactly what is contained in the powder. And, in some cases cocaine can be laced with stronger substances like fentanyl, further increasing the risk for accidental overdose.

An overdose occurs when a person takes too much of a drug that it overwhelms their system. Using too much cocaine in one sitting or mixing cocaine with other substances can poison the body and cause an overdose.

Overdose may be more likely in first-time cocaine users or in people who were addicted to cocaine, spent some time sober, and relapsed on cocaine. This is because the lower a person’s tolerance is, the easier it will be to overdose.

Another risk factor for overdose is drug potency. Being an illegal substance, cocaine is manufactured in clandestine laboratories on the street, so it is impossible to know exactly what the substance contains. As a result, cocaine potency can range from extremely potent to very weak. Some cocaine batches will get cut with other substances, such as heroin or fentanyl. These drugs will increase the risk of overdose and make cocaine use particularly dangerous.[1]

Lastly, people who inject cocaine may be at a higher risk of overdose than people who snort or smoke the drug. When snorting or smoking, it takes a couple of minutes for cocaine to absorb into the bloodstream and take effect on the body. When injected, however, all of the cocaine enters the system at once and can easily overwhelm and poison the body.

Cocaine is a stimulant drug. This means it increases functions of the central nervous system like heart rate and breathing. When people abuse cocaine, they may notice their body temperature, heart rate, and blood pressure increase. In too high of doses, the body can get overwhelmed and poisoned, leading to an overdose.[2]

Symptoms of cocaine overdose include:

When used in excess, cocaine can damage the neurological system leading to long-term headaches, seizures, or even coma. It can also upset the gastrointestinal tract causing nausea, vomiting, and dehydration. Lastly, cocaine abuse and overdose put the entire cardiovascular system at risk. An overdose can cause permanent brain damage, memory loss, and even cerebral bleeding.

Left untreated, cocaine poisoning and toxicity can be fatal. If an overdose is suspected, it is vital to dial 911 immediately and seek emergency medical attention.

If diagnosed and treated early, a cocaine overdose can be easy to reverse without causing any long-term effects to the patient. However, the longer they suffer without medical care, the worse the outcomes will be.

If someone is showing the signs of an overdose, he or she should be placed on their side to lay on the floor. All surrounding objects should be removed to avoid injury. A cold compress can be applied to the person’s forehead, neck, and wrists until medical personnel arrives.

Once help arrives, EMTs will transport the patient to the hospital for medical treatment and monitoring. While there is no cocaine overdose antidote, patients may be given a variety of different intravenous fluids to help reverse the overdose and symptoms. Treatment often involves benzodiazepines or blood pressure medications.[3]

Immediately after the patient begins feeling better, he or she may begin craving cocaine once again, especially if addicted. As a result, any chronic drug users may need to go to rehab after recovering from their overdose.

Treatment for Cocaine Abuse and Addiction

Cocaine is a deadly and addictive substance that should never be abused recreationally. People who binge on cocaine, mix it with other substances, or are addicted to it are at particularly high risk for overdose. And, the only way to completely prevent an overdose is to abstain from cocaine use completely.

If you or a loved one have been abusing cocaine and need help getting clean, PAX Memphis is here for you. Using individualized treatment and an evidence-based approach, we can give you the help you need. Don’t wait any longer. Call now for help with cocaine addiction.