What is the Difference Between Heroin and Fentanyl?

Home » Blog » What is the Difference Between Heroin and Fentanyl? 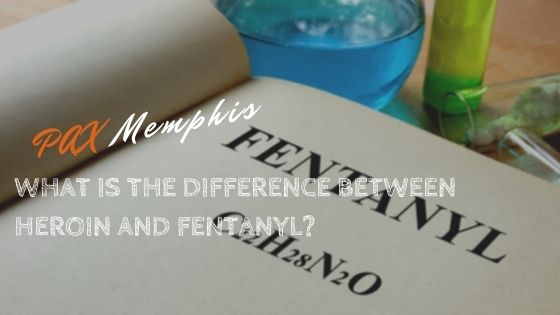 Fentanyl and heroin are both highly addictive and short-acting opioid drugs. They work by binding to opioid receptors in the brain to reduce pain sensations. When abused, opioids produce a sense of euphoria that drug users may get addicted to. While both drugs are dangerous, addictive, and deadly, there are some distinct differences between heroin and fentanyl.

Heroin is a semi-synthetic opioid drug that is derived from morphine, a naturally occurring substance that comes from the seed pods of opium poppy plants. Although poppy plants are most prevalent across Southwest Asia, Colombia, and Mexico, heroin abuse and addiction have wreaked havoc on the United States over the last decade. According to the National Survey on Drug Use and Health (NSDUH), approximately 948,000 Americans reported using heroin in 2016.[1]

Heroin is a Schedule I drug under the Controlled Substances Act, meaning it has no accepted medical use and it has a high-risk potential for abuse and addiction. As such, heroin is illegal on a federal level and there is no legal way to purchase the drug. 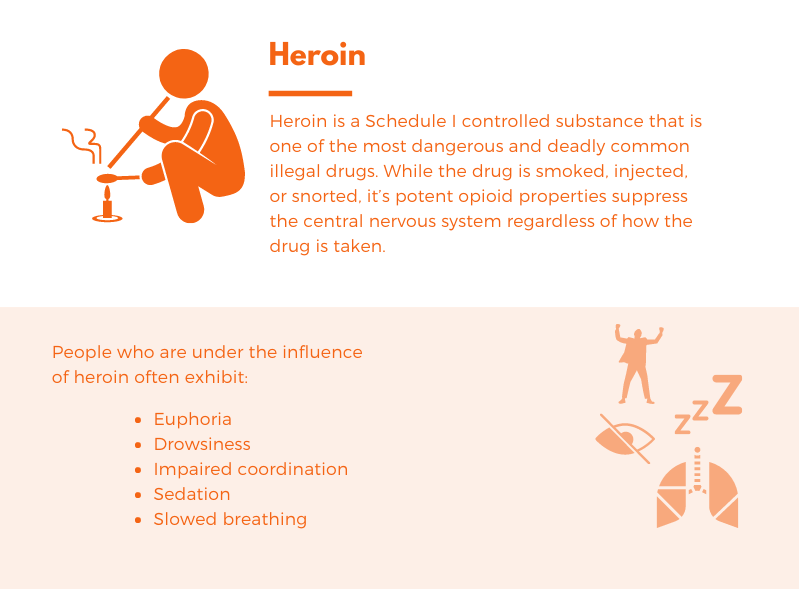 When sold on the streets, heroin may take the form of a powder ranging in color from white to brown or a sticky black or brown substance referred to as “black tar.” Drug users my crush and short, dissolve and inject, or smoke this substance to get high.

Repeated heroin use can lead to addiction after just one dose. In addition to being highly addictive, heroin is a central nervous system depressant that slows breathing and bodily functions. As a result, people who take too much of the drug may experience a fatal overdose. The standard treatment for heroin addiction consists of medically-assisted detox, behavioral therapy, and long-term peer support.

Fentanyl is a synthetic, or man-made substance that is considered one of the strongest opioids. As a Schedule II controlled substance, fentanyl is sometimes prescribed for medical use to treat major and severe chronic pain, most often in cancer patients. As a substance that was originally created to be similar to naturally-occurring opioids, fentanyl works in the body in the same way as morphine, however, it is far more potent.

In general, fentanyl is 30-50 times stronger than heroin and between 50 and 100 times more potent than morphine. As such, it is an extremely powerful and dangerous substance that can cause a fatal overdose with a tiny dose.

When doctors prescribe fentanyl, they typically administer it as an injection, adhesive patch (the fentanyl patch), or lozenge for pain relief. However, the drug is also manufactured illegally on the streets, where it can be found in powder or tablet form. When sold on the streets, fentanyl is often mixed with other substances like Xanax or heroin to provide a cheaper price and a more potent high.

The Centers for Disease Control and Prevention reports that from 2017 to 2018, rates of overdose deaths involving synthetic opioids, including fentanyl, increased by 10% and law enforcement officials saw an increase in fentanyl seizures over the last 10 years.[2]

The Main Differences Between Fentanyl and Heroin

The primary difference between fentanyl and heroin is that fentanyl is far stronger, deadly, and potent than heroin. However, the chemical structure of heroin is somewhat different from fentanyl. Fentanyl is meant to treat severe pain following surgery or accidents in people who have a tolerance to opioids. On the other hand, heroin is manufactured in clandestine laboratories and doesn’t target any medical issues.

Even though fentanyl is stronger than heroin, it is far cheaper and sometimes easier to obtain than heroin. As a result, some drug manufacturers will use fentanyl as a filler or cutting agent to add to heroin and reduce the cost of the substance. Both drugs produce similar effects on the body, however, it takes far less fentanyl to get high than it does heroin.

Side Effects of Fentanyl and Heroin Abuse

Both heroin and fentanyl provide a fast-acting and powerful high that is extremely addictive. As opioid drugs, these substances are central nervous system depressants that provide users with a relaxed state of mind. Common side effects of taking heroin, fentanyl, and other opioids include:

In the long-term, both drugs can have serious consequences. For example, people who inject fentanyl or heroin may suffer from collapsed veins, abscesses, infections, and the risk of HIV/AIDS. Other long-term users may sustain damage to their respiratory, cardiovascular, and cognitive systems.

When taken in high doses, both drugs can lead to an opioid overdose. Sadly, many people who obtain heroin that is cut with fentanyl are unaware that their substance contains fentanyl, so they will consume their normal dose thinking it is heroin and end up overdosing. That being said, it’s just as easy to overdose on heroin alone, especially if you don’t have a tolerance.

When an individual is overdosing, he or she may seem confused mentally, extremely drowsy, and quite lethargic. Signs and symptoms of fentanyl or heroin overdose are:[3]

If administered quickly, Narcan (naloxone) may be effective in reversing opioid overdoses and restoring a person’s breathing until further medical attention can be obtained. If you suspect someone is overdosing on an opioid, dial 911 immediately.

Both heroin and fentanyl are highly addictive. People who use these substances repeatedly will develop a tolerance, meaning their brain and body become used to the presence of opioid drugs and require higher doses to feel the effects. At the same time, dependence is likely, so addicted users will experience painful withdrawal symptoms when they stop using.

Symptoms people can expect during opioid withdrawal include:

Fortunately, detox medications like Suboxone can help reduce these symptoms and help people begin their road to recovery on the right foot.

Treatment for heroin or fentanyl addiction consists of medical detox, comprehensive substance abuse counseling, and peer support. At PAX Memphis Recovery Center, our Suboxone treatment program has the tools and resources you need to overcome opioid addiction. We’ll help you get through detox, uncover the causes of your addiction, and teach you how to live sober.

Don’t wait any longer. Contact us today to learn more about your addiction treatment options.