A Guide to Meth Withdrawal Symptoms, Timeline, and Treatment

Methamphetamine is commonly referred to by its street names like crystal meth, meth, glass, and ice. It is a man-made stimulant drug manufactured in clandestine laboratories. Meth frequently appears in the form of light gray, blue, or white crystal rocks and abusers will smoke, snort, or shoot the drug for its instantaneous stimulant effects. Chronic abuse of methamphetamine can lead to addiction as well as various physical and psychological disorders causing users to develop significant dysfunction that can affect their day to day lives.

Meth is manufactured using the drugs ephedrine and pseudoephedrine that are extracted from over the counter cough medications. At a chemical level, meth mimics amphetamines, like Adderall and Ritalin, that are frequently used to treat attention-deficit hyperactivity disorders (ADHD) as well as narcolepsy. Crystal meth is reported to be highly addictive and is associated with serious risks.[1]

In addition to the active ingredients, pseudoephedrine, and ephedrine, there is an array of highly toxic chemicals that are used in the process of making meth that can be extremely dangerous to the body.[2] These toxic substances include:

Making meth can be extremely dangerous due to the toxicity and flammability of many of these substances. Since meth is manufactured in secret laboratories, often by unqualified individuals, it is impossible to know which toxic chemicals will be ingested when meth is used.

When methamphetamine is ingested, the user will experience an intense rush of euphoria and energy. As the drug wears off, feelings of depression, hopelessness and agitation may occur. Individuals who abuse the drug frequently over time may attempt to replicate their first few highs produced from meth, but realize that the intensity and pleasure of the effects begin to fade over time. Instead, the more negative effects of crystal meth will start to dominate the experience.

Short term effects of methamphetamine use include:[3]

Long term effects of crystal meth abuse may include:[4][5]

Although the long term effects of meth abuse are severe, many of them are reversible through a significant amount of time abstinent.

Tolerance to methamphetamine can develop rapidly as users frequently find themselves chasing the effects from a previous high. To do so, they use larger quantities of the drug. While tolerance develops, the body and brain begin to adjust their functions to account for the presence of meth in the system. Once these functional changes take place, the body becomes out of balance when the drug is not available to the system leading to methamphetamine withdrawal.

Withdrawal symptoms may include lethargy, fatigue, dry mouth, mood issues, depression, psychosis, suicidal thoughts, and powerful cravings for the drug. The distress that comes from meth withdrawals often leads users back to the drug once again. As this process becomes a compulsive habit, meth addiction ensues.

Some signs that indicate meth addiction are:[5]

Meth addiction can cause serious troubles in an individuals personal and social life as well as their physical and psychological health. However, recovery is possible and it often begins with detox and treatment for meth addiction.

Early symptoms of meth withdrawal will begin during the first 24 hours after the last dose wears off. During this early stage, cravings will be the most intense. Individuals may experience extreme fatigue, irritability, and depression. The entire withdrawal period can last between 2-3 weeks, but most symptoms usually begin to subside after two weeks. While meth withdrawal is typically not life-threatening, those who suffer from a co-occurring mental health condition may have strong desires to harm themselves.[6]

The first step in treating meth addiction is enrolling in a treatment program that offers help managing withdrawal symptoms during crystal meth detox. Withdrawal symptoms can be extremely uncomfortable and have the potential to cause an individual to have suicidal or self-harming thoughts. For this reason, meth detox should never be attempted at home.

Upon entering detox in Memphis, a trained expert will access the symptoms and severity of the individual’s withdrawal symptoms. Mild stimulants and muscle relaxers can help address cravings and many physical symptoms of meth withdrawal. These medications can help make the withdrawal process as easy and comfortable as possible to help ease the individual into sobriety.

While in detox, individuals will have access to around the clock care and evaluations by addiction specialists. Professionals will be ready to intervene if psychosis or delusions are to occur.

Detox is only the first step in recovery from meth addiction. It is suggested to attend treatment and participate in aftercare to allow an individual to be armed with the tools they need in order to prevent relapse.

Since mood disorders like depression and paranoia are common among individuals who abuse methamphetamines, dual-diagnosis treatment centers are a great option to ensure that the client is not only being treated for their addiction, but for their mental health as well. Treatment in Memphis will consist of peer support groups, cognitive behavioral therapy, individual therapy, and holistic therapy. Through integrated treatment and the use of mood stabilizing medications, the entirety of meth addiction can be addressed.

In addition to addressing addiction and mental health, individuals should have access to physical health care as well to care for any dental or skin issues that may have developed as a result of chronic meth abuse.

Those who suffer from crystal meth addiction are highly susceptible to relapse during the first three months of sobriety due to the mental obsession that is often experienced with methamphetamine. In order to ensure that an individual is receiving the best care possible, long-term treatment that consists of an individualized treatment plan is ideal. 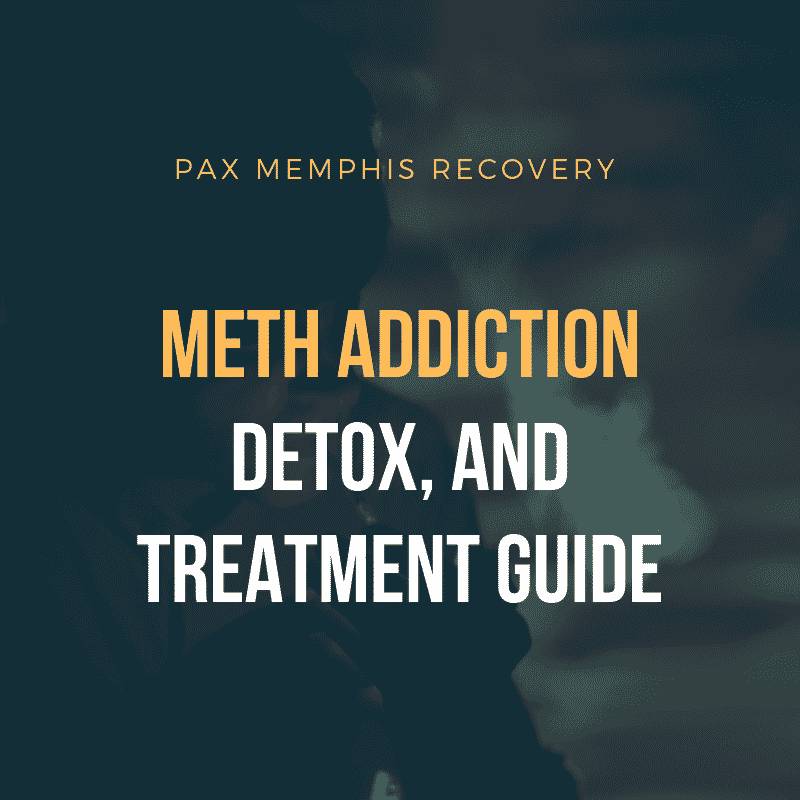 Getting Help is Easy

Send Us a Message