The Perils of Cocaine Addiction 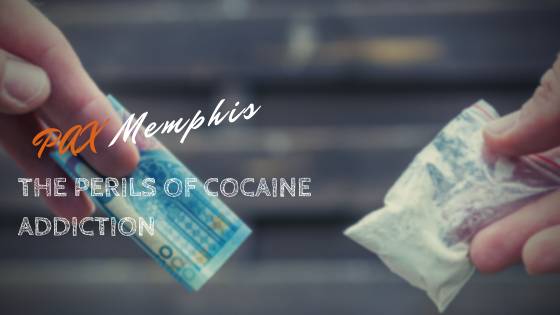 Cocaine is an illicit stimulant drug, derived from the leaves of the South American coca plant. Drug dealers often cut the drug, for more profit, with talc powders, cornstarch, and other drugs such as opiates and stimulants. This combination of unknown mixtures is often dangerously addictive. More than any other drug, cocaine has a direct and immediate effect on dopamine and the brain’s pleasure center. This disruption wreaks havoc on the delicate chemistry that regulates mood, pleasure, and survival instincts. Cocaine-induced shifts in brain chemistry result in changes in thinking, behaviors, and thought patterns – ultimately leading to full-blown addiction. 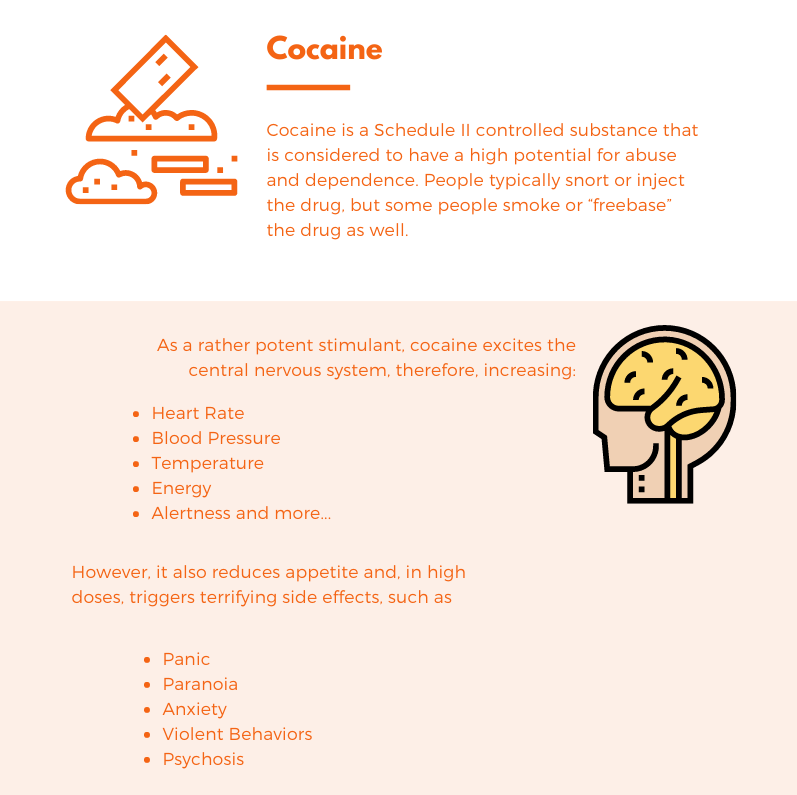 Prior to the epidemic in the late ’70s and ’80s, cocaine was believed to be safe and non-addicting. The intrusion of cocaine in the ’80s cultivated the widespread explosion of stimulants and has continued to plague millions of Americans and their families. According to the National Institute on Drug Abuse (NIDA) over 14% of Americans, ages 12 and older, are reported to have used cocaine in their lifetime. Cocaine is the second most abused illicit drug in the country with an estimated 1.9 million people using monthly.

Cocaine addiction does not discriminate and continues to be increasingly detrimental to millions of Americans today.

Cocaine is a dangerously addictive drug that poses serious risks to an individual’s overall health. There are both short and long-term dangers associated with cocaine abuse. These dangers range from organ failure to overdose. According to the National Institute on Drug Abuse (NIDA), cocaine abuse constricts blood vessels which causes an unhealthy increase in blood pressure. Snorting cocaine can also cause irreparable damage to the nasal cavity and septum.

The effects of cocaine are often felt relatively quickly and are short-lived – lasting an average of 30 minutes. When taken in smaller doses, cocaine produces effects of euphoria, sociability, concentration, and decreased sleep. What may start out as seemingly harmless experimentation can often escalate into a perilous addiction with devastating personal, professional, financial, and familial consequences.

Mental health disorders are commonly linked to substance abuse in general. Many medical professionals cannot distinguish which disorder comes first. However, cocaine’s effects on the brain’s reward center can temporarily lead to experiencing effects like:

However, prolonged cocaine abuse may also lead to:

Mental health disorders related to cocaine may include depression, not only during abuse but especially during withdrawal. Doctors believe the longer a person is addicted to cocaine, the worse their depression tends to be once they stop. Many suicide attempts, as well as fatal suicides, are directly correlated with cocaine use.

Cocaine abuse often requires spending lots of money to acquire the drug. Due to the short-lived effects of cocaine, users often require large amounts as they continue to chase after their next high. Cocaine addicts will spend most of their money on cocaine, one study found that even homeless cocaine users spent $400 a month on cocaine.

Cocaine abuse is also connected to other risky behaviors such as gambling and impulsive, irrational decisions. These reckless behaviors can predispose the user to legal troubles. Outside of the obvious risk of jail time, these legal issues can cost the user hefty fees for a lawyer and for fines associated with cocaine possession and unfavorable illegal situations.

Most importantly, cocaine use can lead to a variety of perilous health complications. Cocaine manufacturers and dealers often cut the drug with other substances to add quantity and potency. Ultimately, cocaine users can never be entirely sure what other substances are mixed with the drug and what the exact short-term effects will be. The uncertainty of the combination of additives to the drugs can lead to several severe health complications. The most common side effects of cocaine abuse include:

Cocaine is a very powerful stimulant that can supercharge the central nervous system. Therefore, an overdose is very common among cocaine users. Sudden death from an irregular heartbeat, heart attack, or stroke are common risks of cocaine use. These symptoms can be fatal.

Cocaine use can ultimately result in addiction as the drug triggers the brain’s reward circuit. Once an individual uses cocaine, their brain is flooded with dopamine. Users often want to continue using more and more of the drug. Over time, the brain becomes tolerant to cocaine, which requires the individual to use larger and larger amounts to achieve the same high. Once the user develops a tolerance to cocaine, if he/she attempts to stop using the drug they may begin experiencing very uncomfortable withdrawal symptoms. For this reason, many users continue using cocaine to avoid withdrawal. This cycle of addiction may result in serious health complications and overdose.

If your loved one is suffering from cocaine addiction, it is vital that he or she gets help as soon as possible. Drug rehab for cocaine addiction is the first step towards recovery. To learn more about drug rehab, contact the addiction professionals at PAX Memphis Recovery Center today.