What is Huffing? Understanding Inhalant Abuse and Addiction

Home » Blog » What is Huffing? Understanding Inhalant Abuse and Addiction 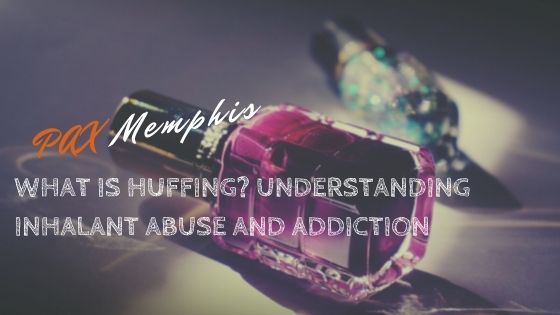 Inhalants are substances that are typically found around the average household. Being easy to access and producing similar short term effects as alcohol, inhalant drugs are commonly abused by teenagers or people with substance use disorders who are unable to get their hands on other substances. Even though inhalant abuse is less common than other types of substance abuse, these substances do have addictive qualities. People who are suffering from inhalant addiction should take their condition seriously and seek help from a professional drug addiction treatment center.

Inhalants are volatile and flammable liquid substances that vaporize when they are at room temperature. The mood and mind-altering effects produced by these substances are intense, yet short-lived. Still, inhalant substances contain a variety of harmful chemicals and anesthetics that can cause negative consequences on the body. Inhalants are often referred to as “whippets,” “huff,” or “laughing gas.”

Inhalant abuse occurs most often among teenagers. In fact, the average age at first use of inhalants is 16.9 years old.[1] According to the National Institute on Drug Abuse, nearly 21.7 million Americans aged 12 and older have used inhalant substances at least once in their lives. Furthermore, approximately 13.1% of 8th graders report using inhalants.[2] For comparison, this number is roughly equivalent to the number of 8th graders who use marijuana.

Since inhalants are predominantly found in household products, many people are unaware of how toxic and dangerous these substances can be. However, long-term drug use of any kind can easily spiral into an addiction. Even people with a strong desire to stop may be unable to do so without professional help. People who get addicted to inhalants may even experience withdrawal symptoms that make stopping that much harder.

To better understand inhalant abuse and addiction, you have to understand what huffing is. Inhalants can be abused in various ways, but the most common is a form of drug use referred to as “huffing.” This practice involves soaking a rag or towel with a liquid inhalant substance, holding the rag or towel up to one’s mouth and nose, and breathing in the fumes or chemical vapors from the liquid.

While huffing is the most common way to abuse inhalant drugs, other people will inhale the substance directly from the container by sucking in through their mouth or nose. Another way inhalants are abused is by inhaling the chemical vapors out of a plastic bag, paper bag, or even balloons filled with inhalant gas. In addition, some people will heat up inhalants before inhaling them because they believe it intensifies the effects.

Signs of Huffing and Effects of Inhalant Abuse

To determine if someone is abusing inhalants, such as huffing aerosols or huffing Lysol, you need to be able to identify the signs and symptoms of inhalant abuse. The intoxicating effects produced by inhalants are similar to those produced by alcohol. People who have been huffing or abusing inhalants may exhibit impaired judgment and lack of coordination. However, inhalants can also produce hallucinations.

The effects produced by inhalants are strong, but they only hast for a few minutes. These effects include:

If you suspect someone has an inhalant addiction, it can also be helpful to be able to identify the different types of inhalants. These are often household items such as solvents, anesthetics, or gases, ranging from cleaning produces to gasoline. Anesthetics, in particular, are gasses that are normally used medicinally to treat pain, such as Nitrous oxide and chloroform.

Nitrous oxide is one of the most commonly abused inhalants and is the same type of “laughing gas” you may have received at the dentist. It is also the type of gas used to store cans of whipped cream. Another popular inhalant is Amyl nitrate, a substance that acts as a muscle relaxer and increases blood flow.

Inhalant drugs can be divided up into four distinct classifications: solvents, aerosols, nitrates, and gases.

Solvents, or liquids, are substances that vaporize at room temperature and are found in many household items, such as:

Aerosols are liquid contents contained under pressure that come out in a spray form. Aerosol inhalants that are abused include:

Nitrates are a special class of inhalants that act on the central nervous system, spinal cord, and brain. They are known to produce stimulating effects and may be used as sexual enhancers. Nitrates may also be referred to as “poppers” or “snappers.” These include:

Gases are colorless and often odorless substances that may be found in medical anesthetics. These include:

Dangers and Side Effects of Inhalant Abuse

Any use of inhalant drugs for mood or mind-altering effects is considered abuse and is seriously dangerous to the mind and body. Inhalants can act as central nervous system depressants or stimulants, so depending on which one is abused, users may experience a wide range of side effects. There is also a very real risk of fatal overdose or poisoning that can result from inhalant abuse. Overdose may lead to heart failure or asphyxiation, causing it to turn deadly.

By finding help from a drug and alcohol rehab center, you or a loved one can prevent the long-term effects of inhalant abuse.

Using inhalants to get high is dangerous and addictive. If left untreated, inhalant addiction can be a serious problem that can cause brain damage and other long-term effects. Fortunately, there are both inpatient and outpatient rehab options available to those struggling with drug or alcohol addiction.

If you or a loved one are abusing or addicted to inhalants, don’t wait any longer. Contact one of our dedicated treatment providers today to get started on the road to recovery.