Side Effects and Dangers of Snorting Xanax

Home » Blog » Side Effects and Dangers of Snorting Xanax 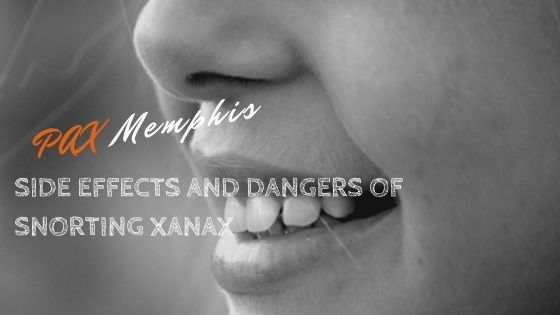 Xanax (alprazolam) is a sedative-hypnotic prescription drug, or benzodiazepine, that is used to treat anxiety disorders, alcohol withdrawal, seizures, and more. Although benzodiazepines like Xanax were originally created to use in the place of barbiturates because they were thought to be less addictive, experts soon found that Xanax also had addictive properties. In fact, Xanax is the most commonly prescribed and abused benzodiazepine in the United States.

The medication is meant to be swallowed, however, people often use other methods of administration. For example, many drug users believe that crushing and snorting Xanax will produce faster and more intense effects than if they were to swallow the drug. However, there is no evidence that Xanax insufflation (snorting) causes the drug to hit the bloodstream any faster than swallowing it does. Instead, snorting Xanax only increases the risk of addiction and other negative side effects.

Abusing Xanax in any way is dangerous. While some people crush and snort the drug, others will take higher doses than they are supposed to or take Xanax more frequently than their prescription intends. Long term Xanax abuse often leads to addiction and other negative consequences. In addition, people who abuse the drug for an extended period of time will become dependent on Xanax. Fortunately, with the help of a comprehensive addiction treatment center, those suffering from Xanax addiction can recover.

Can You Get High From Snorting Xanax?

People who get addicted to drugs like opioids may begin swallowing the pills until they develop a tolerance. When tolerance occurs, drug users need to increase their doses to feel the same effects as before. Drug users may try to combat tolerance by turning to other forms of administration, such as snorting (insufflation), smoking, or injecting. Snorting drugs like opioids and amphetamines usually produce a faster and stronger high, however, there is no evidence that snorting Xanax does the same thing. a

Most Xanax tablets are instant release and reach the bloodstream in the same amount of time when swallowed and when snorted. People who snort extended-release Xanax tablets may experience a faster onset of side effects, however, the peak intensity of their high will be the same whether they snort it or swallow it. Crushing extended-release tablets helps remove the dosage’s extended-release coating, allowing the drug to reach the system all at once rather than gradually over time.[1]

While can get high from snorting Xanax but the effects are unlikely to be any different than the effects produced by swallowing it. Instead, by snorting you are only subjecting yourself to a variety of side effects for virtually no reason at all. The National Institutes of Health have reported that inhaling or snorting alprazolam increases the abuse and addiction potential of the drug.[1]

Side Effects of Snorting Xanax

Xanax is a fast-acting drug that acts quickly on the body. Most users will experience the initial effects within the first 30-45 minutes after taking the drug. The effects of Xanax may peak around 1-2 hours and wear off completely after approximately 6 hours. That being said, taking a higher dose may cause the effects to last longer.

When crushed and inhaled via the nasal passages, the effects produced will be similar to those produced by swallowing the drug. These include:[2] 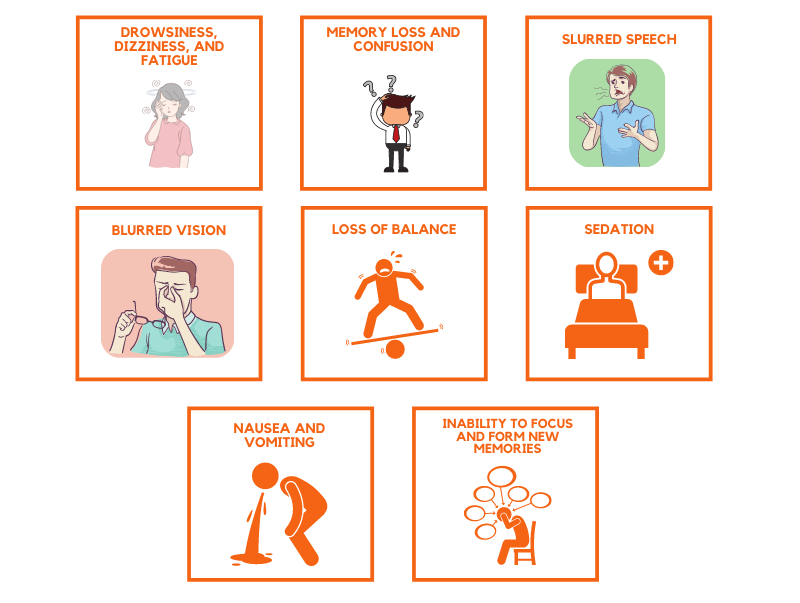 Long-term Xanax users may begin developing mental health problems and psychological symptoms, such as depression, aggression, and impulsive behaviors, all of which can severely affect their quality of life.

Snorting substances like Xanax puts users at an increased risk of addiction. Insufflation can also cause tolerance and physical dependence to develop in as little as two weeks, so long-term users may experience withdrawal symptoms when they stop taking the drug. Xanax withdrawal is uncomfortable and potentially life-threatening, producing painful symptoms such as: 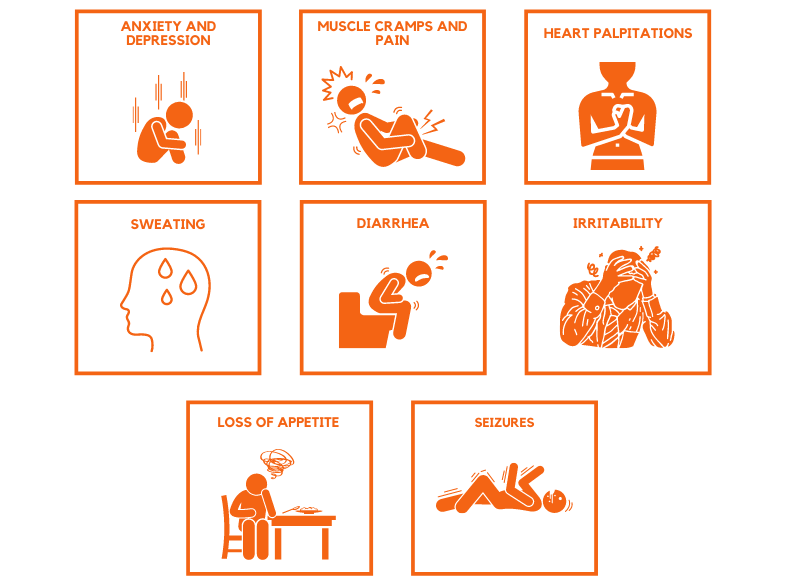 People who are addicted to Xanax should always detox in a medical facility or addiction center to avoid these dangerous and potentially deadly side effects.

Put simply, the nose is not meant to snort powder, so snorting any type of drug is dangerous. Crushing and snorting benzodiazepines like Xanax is one of the most dangerous ways to use the drug. Inhaling crushed powders that are intended to be swallowed can severely damage the nasal cavity, leading to:[3]

Oftentimes, users snort Xanax off of dirty surfaces and using unsanitary tools, such as dollar bills or shared straws. The different types of bacteria found on these surfaces can put people at risk of staph infections, pneumonia, food poisoning, and more.

Get Help for Xanax Addiction Today

If you or someone you know is crushing and snorting Xanax, it’s time to get help for drug abuse. The best way to start is by finding a drug and alcohol detox near you. After you’ve detoxed, the best way to stay sober is by participating in a comprehensive substance abuse treatment program that includes behavioral therapies, peer support, and aftercare programs.

Addiction isn’t easy to overcome, but you don’t have to fight this battle alone. Pick up the phone and call now to speak to one of our dedicated addiction specialists.