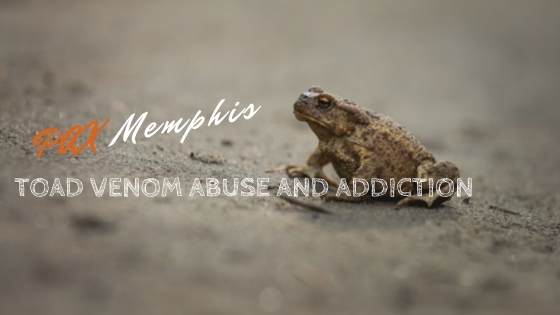 As a hallucinogenic drug with effects similar to DMT and mescaline, toad venom is becoming increasingly popular across the United States. Toad venom abuse produces an intense yet short-lived psychedelic high that some people may use to try and have a spiritual or religious experience.

Although some research says toad venom may help with depression treatment, people who abuse this drug may have bad trips, end up in the ER, or become addicted to smoking toad venom.[1]

It’s no secret that people who are addicted to drugs may go to extreme lengths to get high or obtain a mood and mind-altering substance. However, it may surprise you that some people would go as far as to lick toads. While not extremely common, toad venom abuse has recently been on the rise in the United States.

Licking toads that belong to the Bufonidae family, also known as cane toads, has been a practice among people who want to have a psychedelic trip. Doing so can be dangerous though because consuming too much venom can lead to muscle weakness, racing heartbeat, and vomiting.

The type of toad used to trip today is called the Colorado River toad – or the Sonoran Desert toad. These toads are nocturnal with dark, leathery skin. They can be found in Mexico as well as several U.S. states including Colorado, Arizona, New Mexico, and California.

Colorado River toads are usually found in areas of vast desert near bodies of water. They eat insects and small amphibians while excreting toxic substances to keep away predators and protect themselves. This excreted substance is what people may use to get high.

How Do People Abuse Toad Venom?

The name of the toxin excreted by the Colorado River toad is 5-MeO-DMT. 5-MeO-DMT is a psychedelic drug with properties similar to DMT. This chemical may also be formulated in a lab.[1]

People who are looking to abuse this substance may capture a toad, extract the liquid from their glands, and dry the liquid into a paste. People will then smoke the paste in order to experience a short psychedelic trip.

Toad venom abuse may produce a hallucinogenic trip that lasts for about 10-30 seconds. While the actual trip is short-lived, toad venom may make a person incapacitated for approximately half an hour. During this time users may experience distortions in light, sound, and vision.[2]

Once the trip is over and the effects wear off, many users report having altered moods, perceptions, and even spiritual experiences similar to those experienced by people who trip on DMT, LSD, or psilocybin mushrooms.

Side Effects of Toad Venom

Toad venom abuse produces effects similar to those of DMT, ayahuasca, and mescaline. However, 5-MeO-DMT is thought to be four to six times more powerful than DMT – an extremely intense psychedelic drug.

In high doses, a person may become unresponsive and immobile due to dissociation from their mind and body. Some people who abuse toad venom report feeling nauseous and confused for several days after their trip.

As with any drug, there are risks associated with licking or smoking toad venom. For instance, immediately after ingestion, a person may become so incapacitated that they are unaware of their surroundings and physical needs. This person may be taken advantage of by other people, exposed to a dangerous environment, or become a threat to themselves.

Not only that, but many people feel as though abusing toad venom is safe because the high doesn’t last very long. Unfortunately, this couldn’t be further from the truth. Hallucinogenic drugs can cause panic, anxiety, sweating, dehydration, sleep problems, and even psychosis. These symptoms could land a person in the emergency room.

Furthermore, Cane toads and Colorado River toads are poisonous to dogs. If you have a dog or someone in your neighborhood does and the dog gets a hold of the toad or the venom, the dog could die a slow and painful death.

Toad venom is highly toxic and dangerous to abuse. And, it isn’t just harmful to humans, it is harmful to toads, as well. After all, toads need this venom to protect themselves from real predators in the wild – it isn’t meant for human consumption.

If you or someone you know has been abusing toad venom, it is in your best interest to speak with a treatment provider about your different options for treatment. Call now to learn more.