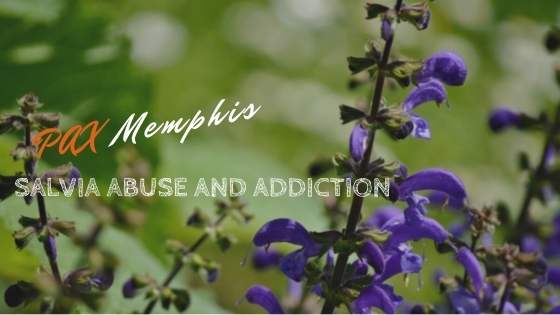 Due to the illegal status of marijuana and most hallucinogenic drugs, many young people try to seek out legal highs from substances that they perceive to be safer alternatives to illicit ones. One commonly abused substance that is legal in some states is salvia.

Formally known as Salvia divinorum, salvia is an herb that belongs to the mint plant family. Although it is not indigenous to the United States, salvia abuse has become increasingly common over the last two decades. 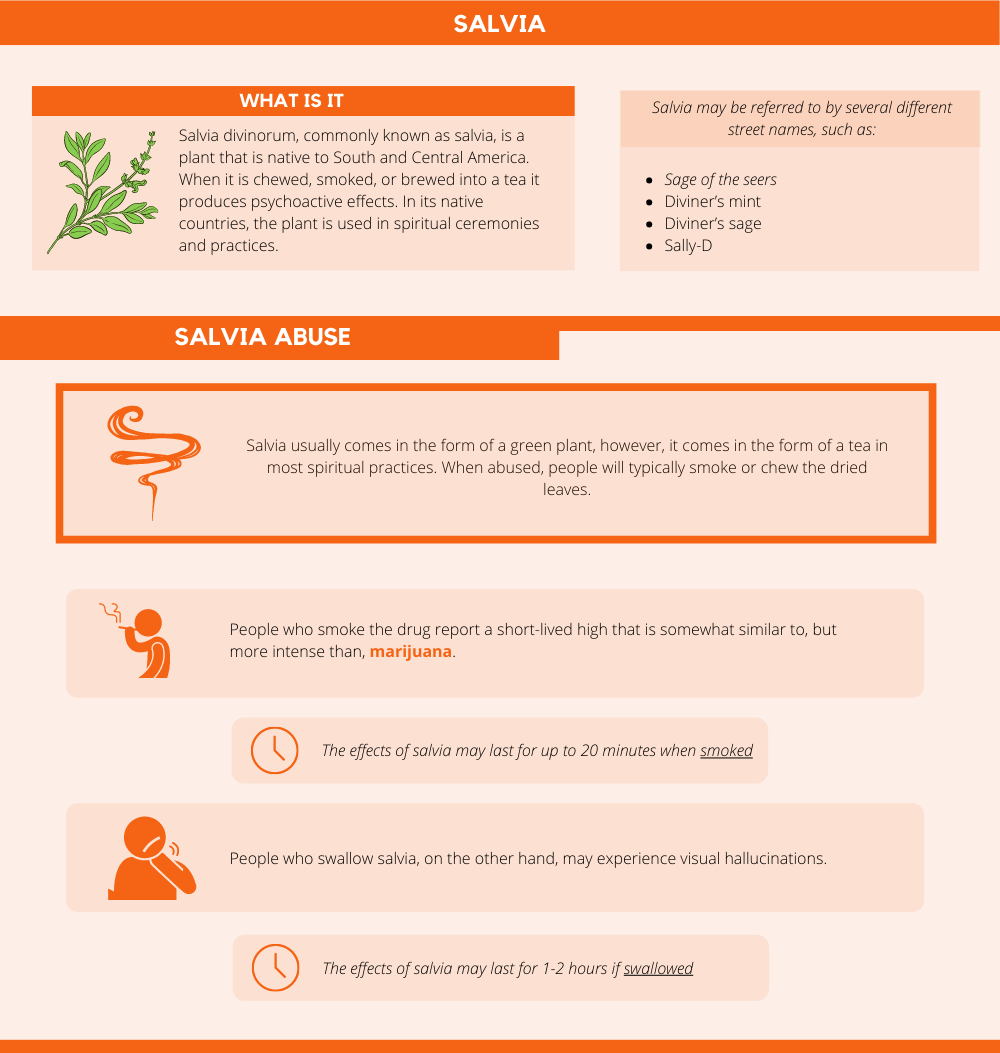 What is Salvia (Salvia divinorum)?

Salvia divinorum, commonly known as salvia, is a plant that is native to South and Central America. When it is chewed, smoked, or brewed into a tea it produces psychoactive effects. In its native countries, the plant is used in spiritual ceremonies and practices.

Salvia is not naturally-occurring in the United States, however, it has made its way to North America. While it is a Schedule I controlled substance in the overwhelming majority of states, is entirely legal in some states and decriminalized in others.[1]

Salvia may be referred to by several different street names, such as:

Salvinorin-A, the active ingredient in salvia, has effects that are comparable to those of LSD. As a result, it is widely abused in the United States.

Someone who smokes salvia will feel the effects within minutes. The drug is known to cause changes in perception and mood. People who smoke the drug report a short-lived high that is somewhat similar to, but more intense than, marijuana. People who swallow salvia, on the other hand, may experience visual hallucinations. The effects of salvia may last for up to 20 minutes when smoked, but 1-2 hours if swallowed.

In rare cases, users will combine salvia with alcohol or stimulants. Doing so substantially increases the risk of overdose and may result in psychosis or death. Long-term salvia abuse is not only dangerous, but it can also increase the risk of dependence and addiction.

Many users have reported having “bad trips” on salvia. A bad trip is an experience that feels terrifying and may be accompanied by bouts of psychosis. People may harm themselves, harm other people, or make extremely irrational and risky decisions while under the influence of salvia.

People who use salvia on a regular basis may develop a physical dependence on the substance. Salvinorin-A, the active ingredient in salvia, attaches to the same receptors in the brain that opioids do, and they affect a person’s ability to perceive reality accurately.

At the same time, someone who is dependent on salvia may have to continue increasing the dose that they consume in order to get high due to a growing tolerance. Like other addictive substances, salvia dependence and tolerance happens gradually and often spirals into a substance use disorder.

Signs that someone is abusing and may be addicted to salvia include:

While the short-term side effects of salvia are scary enough, the long-term ones are even more devastating. Studies have shown that long-term salvia abuse can lead to problems with learning, memory, cognition, and mental health.

People who use salvia long-term may also develop anxiety, have difficulty relaxing, and struggle to feel grounded in reality. People may suffer from flashbacks to their “bad trips” or hallucinations that they saw while previously under the influence of the drug.[2]

The first step towards recovering from salvia addiction is going to a medical detox program. Detox involves the safe and medically-assisted process of removing substances from the body. Fortunately, salvia withdrawal involves mostly psychological symptoms that are short-lasting and subside within a couple of days.

Many people believe that because salvia is a plant and is used in religious ceremonies, it must be safe. However, this couldn’t be further from the truth. As a mood and mind-altering substance, salvia is addictive and dangerous when abused.

If you or a loved one are struggling with an addiction to salvia, contact an addiction specialist today to learn about your treatment options.