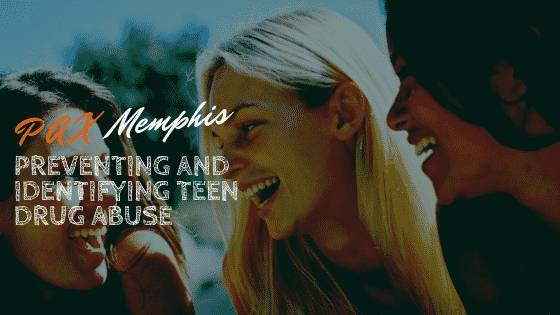 It can be a terrifying feeling knowing your teenage son or daughter is using drugs. While there is a stark difference between teenagers experimenting with drugs and addiction, drug use can still lead to serious alterations in the brain. The teenage brain is still developing and extended drug use can strongly affect decision making and thought processes in the future, making it imperative to take the time to talk to your kids about drug use. In many instances, drugs in the 21st century are more potent than they were years ago, increasing the likelihood of risky behaviors and overdose.

Treatment centers frequently see teenage clients who have struggled with all types of drugs. The most common drugs of abuse for teenagers include marijuana, cocaine, ecstasy, and prescription drugs. Among 12th graders

While teenage drug use can be difficult to predict, there are some underlying causes that may increase the chances of a teenager using drugs. These factors include genetics, adverse childhood experiences, trauma, and prevalence of mental illness. Some teenagers begin using drugs as a way of coping with their emotions or avoiding their problems, but some will experiment with drugs out of pure curiosity.

The drugs teenagers use are similar to the drugs adults abuse, but teenagers are more likely to misuse drugs that are readily at their disposal. To minimize the chances of your child abusing prescription drugs, make sure you properly dispose of any unused or expired prescriptions in your medicine cabinet. If you make prescriptions unaccessible in the house, it is less likely that your teenage kids will abuse prescription medication. However, the most effective way to prevent teenagers from using drugs is by talking to them about the dangers and consequences of drug abuse.

How to Talk to your Teenager About Drugs

Although it may not be a comfortable conversation, the best preventative strategy is to talk to your teenager about drugs and substance abuse. If you have your own experiences to share, it will open up the lines of communication and allow your kid to feel more comfortable talking to you about drugs. The more they can relate to you, the more they can trust you.

Never approach them in a confronting or threatening manner as this will only scare them away and make them less likely to confide in you. When they are ready to confide in you, it is important to be a good listener rather than one who passes judgment. Using “I” statements and open-ended questions allow you to use persuasion rather than control or blame when talking to your teenager.

Peer pressure is inevitable among teenagers, but if you help them through it by building up their self-esteem and values, they may be less likely to give in to the peer pressure to use drugs. Aside from peer pressure, teenagers experience pressure to make good grades, to succeed in extracurricular activities, and to fit in with their peers. Educate your kids on the dangers of substance abuse and what consequences they will face if they break the rules and begin abusing drugs while providing them with support and healthy coping mechanisms to deal with the pressures of being a teenager.

Curiosity leads many teenagers to experiment with drugs. Since there is a fine line between experimentation and substance abuse, it is important to know the signs of substance abuse to determine whether your son or daughter has a drug problem.

If your teenager is using drugs, the first thing you may notice is behavioral and psychological changes including

If your teenager is using drugs, you may also notice some of the following signs of substance abuse.

The adolescent brain is constantly changing, making it imperative to tackle substance abuse sooner than later. If you suspect that your son or daughter has a problem with drugs, give us a call today and see how our professional addiction specialists can help.