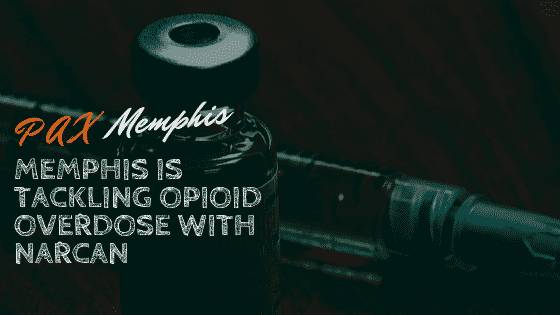 In the last few decades, drug overdoses, especially those involving opioids, has been the leading cause of death among young people under 50 years of age in the US. However, the drug overdose problem is more detrimental in some states than others. In 2016, the Tennessee Department of Health reported that 1,631 died from a drug overdose, which makes Tennessee one of the states with the highest drug overdose deaths in the country. 72 percent of these deaths were caused by opioid overdose. In 2015, health care workers prescribed more than 7.8 million opioids in Tennessee. This goes to show that opioid overdoses are a huge problem in Tennessee. Drug overdose deaths are a major concern in health care, therefore, professionals in the sector – scientists and pharmacists, are using a medication known as Narcan to tackle the problem.

Narcan, which is the brand name for Naloxone, is an opioid antagonist which can be used to reverse the effects of opioids in the system. It is used as an emergency medication to care for someone who has overdosed on any opioid, including Vicodin, Fentanyl, Codeine, Morphine, Heroin, and Hydrocodone.

Narcan was originally only available to rehab and medical professionals, however, seeing that an opioid overdose can be fatal before the individual can be taken to a hospital, the drug has been made more accessible and is now offered as an over-the-counter drug (OTC) that can be purchased at pharmacies.

There are two types of Narcan, one is the auto-inject Narcan which is for single-use and has directions for administering it on the pack. The second is Narcan nasal spray, which is also for single-use. People might find it easier to use since all it requires is to be administered carefully to the victim as they lay on their back.

Narcan can only reverse the effects of opioid overdose for about 30 minutes, hence, the individual should still be taken to a hospital immediately.

How To Know When an Individual is Suffering from Opioid Overdose

Opioid overdose can cause central nervous system (CNS) and respiratory depression – the visible effect of which is slow, difficult breathing. An individual going through an overdose will start to breathe slowly as if breathing is about to stop – breathing will actually stop if nothing is done immediately. So, if you know anyone who’s on opioid medication, watch out for these symptoms:

The most effective way to solve this problem is definitely to tackle it from the roots, and Memphis, Tennessee has been working on reducing and/or eliminating this problem. Medical professionals in Memphis have been teaching community members, churches, schools, and other organizations how to administer Narcan. Memphis Fire Department in 2016 used about 1,700 doses of Narcan. Teaching community members is not enough, Narcan has also been made easily accessible in the community. As of May 2017, Nurse Jill Carney along with Memphis Area Prevention Coalition has been able to teach about 500 people which include family members, rehab professionals and first-responders how to revive someone suffering from opioid overdose using Narcan.

Due to the efforts of the state of Tennessee and Memphis mayor Jim Strickland, along with community members, first responders gave 2,500 people Narcan and saved 2,200 people from dying from an opioid overdose in 2017. We can see how making opioid overdose a community health problem not to be seen as an individual moral failing of the opioid abuser, is actually yielding positive results.

Narcan mainly serves as a first aid to prevent opioid from causing fatal health problems to someone who has overdosed on any opiate drug before emergency medical officials can reach the individual. It is a lifesaving medication.