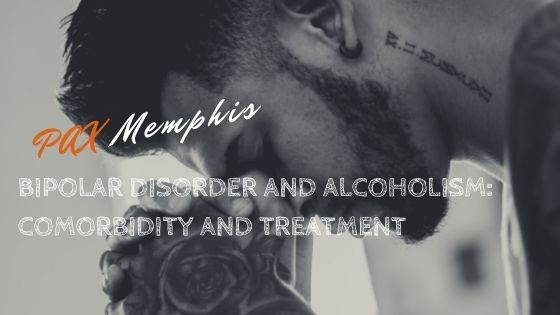 Bipolar disorder and alcoholism have a complex and intertwined relationship as the two conditions often co-occur. Although most mental health conditions put people at an increased risk of developing a drinking problem, few are as closely tied to alcohol addiction as bipolar disorder is.

People who are diagnosed with bipolar disorder and abuse alcohol may do so in an attempt the minimize the associated symptoms. However, problem drinking will only make symptoms of mania and depression worsen in the long run. Even though the connection between the two conditions is not entirely understood, there are treatment methods that can provide successful outcomes.

Conditions like bipolar disorder, addiction, and alcoholism are treated using dual-diagnosis therapy. This approach combines mental health therapies, behavioral therapies, and addiction education into group and individual counseling sessions. While co-occurring disorders may be challenging to treat, the outcomes are generally good when addressed and managed at the same time.

What is Bipolar Disorder? 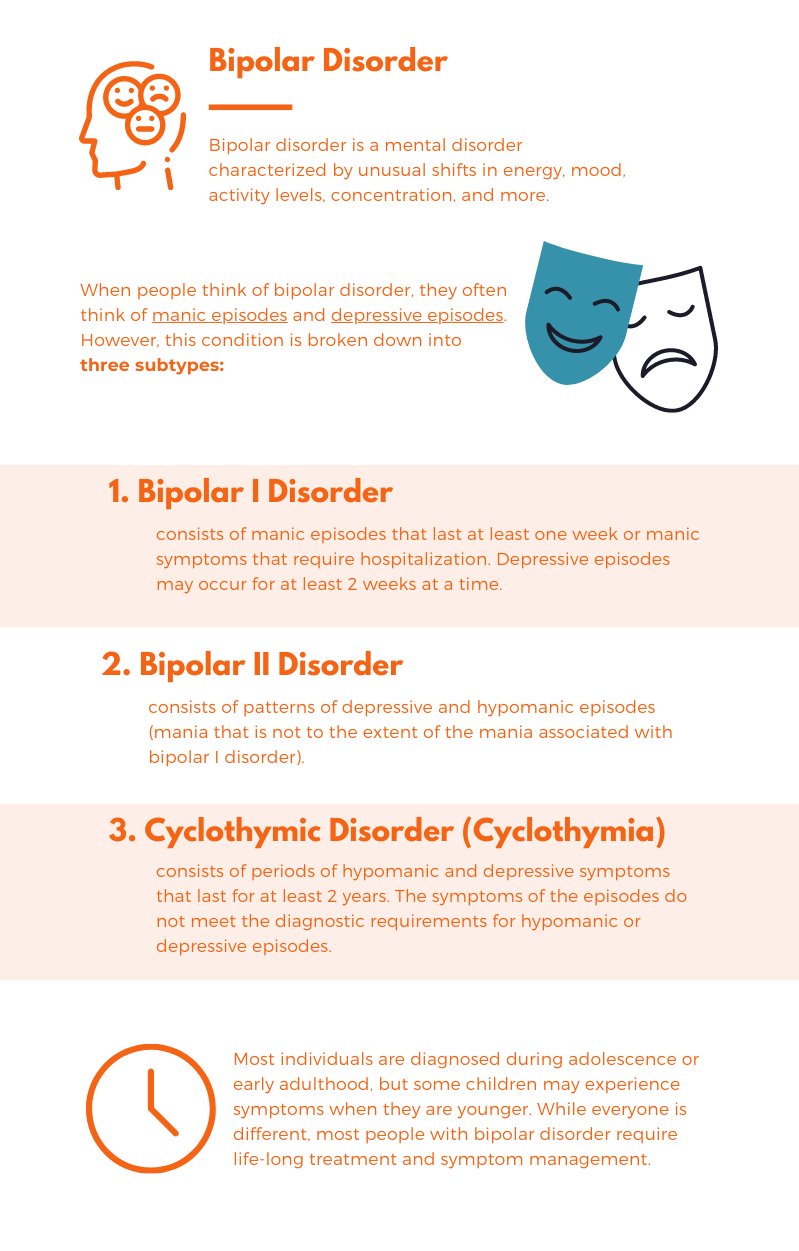 Manic and depressive episodes are opposites of one another, so they consist of varying symptoms. Some mood episodes will only last a day or so, while others will last for weeks.

Symptoms of a manic episode include:

Symptoms of a depressive episode include:

In some cases people will experience episodes with mixed features, so a person may feel hopeless or depressed while being extremely energized and talkative. Unfortunately, many people abuse alcohol to cope with the symptoms of both manic and depressive episodes.

The Relationship Between Bipolar Disorder and Alcoholism

There are several reasons why people with bipolar disorder are at a higher risk of developing alcoholism. For example, manic episodes may drive people to act out in risky behaviors. These include drinking and partying. At the same time, a person may find that drinking further lowers his or her inhibitions while having a manic episode, which increases the “high” or euphoria that a person feels.

Similarly, people may abuse alcohol to get through the symptoms of a depressive episode. In an attempt to reduce the feelings of loneliness, hopelessness, and sadness, alcohol may momentarily promote happiness. However, alcohol abuse is known to worsen symptoms of bipolar disorder over time.

Another major concern regarding bipolar disorder and alcohol addiction is the risk of drug interactions. For example, some people are prescribed mood stabilizers like Lithium to manage their disorder. However, Lithium may interfere with alcohol, causing levels of alcohol and Lithium to build up int he body to toxic levels. This places people at an increased risk of overdose, medical complications, and even death.

Overall, up to 45% of people who suffer from bipolar disorder also struggle with a drinking problem.[2] Unfortunately, the combination of these conditions can produce severe and life-threatening consequences if left untreated.

Someone who has both a drinking problem and a diagnosis of bipolar disorder can benefit from dual diagnosis treatment. This involves the integration of mental health treatment with drug and alcohol rehabilitation. The first step is going to alcohol detox.

People with bipolar disorder may experience severe alcohol withdrawal symptoms when they stop drinking. For this reason, nobody should attempt to detox from alcohol alone. Instead, medications can be prescribed at a detox facility to help manage the symptoms and ensure a safe detox process. Since bipolar disorder and alcoholism are so complex, patients should attend a residential treatment program after completing detox.

During residential treatment, dual diagnosis patients will participate in a variety of different treatment therapies to address their individual needs. These include:

By participating in a comprehensive dual diagnosis program, patients can learn how to cope with their symptoms without reaching for a drink or a drug. Furthermore, medical professionals are available to help patients find the right medications and treatment regimen that works best for them. In the end, the key to dual diagnosis treatment is an individualized treatment plan that targets and monitors each individual’s challenges, goals, and progress.

Find Dual Diagnosis Rehab Near You

Located in Memphis, TN, PAX Memphis Recovery Center offers comprehensive alcoholism and mental health treatment for people struggling with bipolar disorder and alcohol addiction. Although coping with a drinking problem and a mental health condition is a major challenge, recovery is completely possible. The most important thing is that you receive the proper diagnosis and gain access to professional care.

It is possible to live with bipolar disorder without picking up a drink. Learn how by giving us a call today.