What is Hashish and Can You Get Addicted to it?

Home » Blog » What is Hashish and Can You Get Addicted to it? 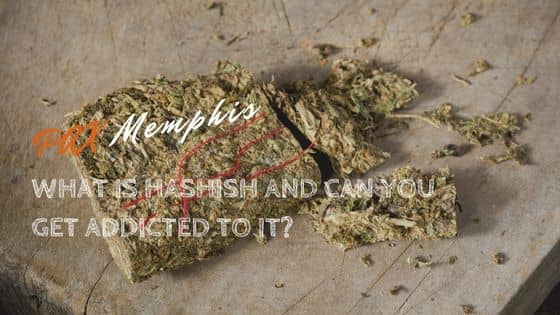 There are many different forms of tetrahydrocannabinol (THC), the active ingredient in marijuana that has psychoactive effects. For example, there are different types of concentrates, vaporizers, edibles, transdermal patches, and even topicals. However, there is one less discussed THC product that many people consume known as hash or hashish.

Hash is a reddish-brown or black-colored block of the resinous material of the cannabis plant. Hashish (hash) is concentrated and made from compressed resinous parts of the marijuana plant known as trichomes. The way that hash is made makes the substance much more potent than the marijuana everyone is familiar with. People abuse this substance by smoking, vaporizing, or ingesting it orally.

What is the Difference Between Hash vs. Weed?

While hash and marijuana are made from the same plant and cause similar effects, there are many differences between the two substances. The main similarity is that both hashish and weed cause feelings of euphoria, relaxation, and increased appetite.

The differences between hash and weed include:

While there are not many studies on hashish in particular, studies show that it is much more potent than traditional marijuana. Even further, the study reports that the “prevalence of recent hashish use was 6.5% and it was used by 18.3% of recent marijuana users.”[2]

Side Effects and Dangers of Using Hashish

While many people consider marijuana and other related THC products like hashish to be safe, abusing this substance can lead to dangerous effects. This is especially true if you are using the more potent forms of cannabis, such as hashish.

The common side effects of hash include:[3]

The short-term effects of hash use are usually temporary, subsiding after the drug leaves your body. However, long-term abuse of hashish can lead to serious effects, especially if you began abusing the substance before physical maturity.

The long-term dangers of hashish abuse include:

According to the National Institute of Drug Abuse (NIDA), “Some studies have also linked marijuana use to declines in IQ, especially when use starts in adolescence and leads to persistent cannabis use disorder into adulthood.”[4]

Can You Get Addicted to Hashish?

While hash is not as damaging as heroin or crack cocaine abuse, you can still get addicted to the substance. Despite the belief that marijuana is a completely safe drug to use, long-term abuse of any form of THC can lead to a cannabis use disorder.

If you are addicted to hash, you may display several of the following behaviors:

One of the easiest ways to tell if you are suffering from hash addiction is by paying attention to whether you experience withdrawal symptoms when you do not use the substance. For example, marijuana withdrawal symptoms can include anxiety, irritability, insomnia, nightmares, cravings for the drug, and loss of appetite.

While the withdrawal symptoms associated with hashish addiction are not life-threatening, they are still really difficult to deal with. Insomnia can cause you to become sleep-deprived, introducing new and concerning symptoms, and cravings can lead to relapse. As a result, it is always important to seek professional help when trying to quit using hash.

If you or a loved one are addicted to hashish or any other THC product, help is available. The attitude surrounding marijuana addiction often prevents people from receiving treatment because they believe their substance use disorder is not as severe as people struggling with heroin or cocaine addiction. While the immediate effects of addiction to those substances appear more severe, marijuana and hashish addiction still require professional help.