What Happens During a Heroin Overdose?

Home » Blog » What Happens During a Heroin Overdose? 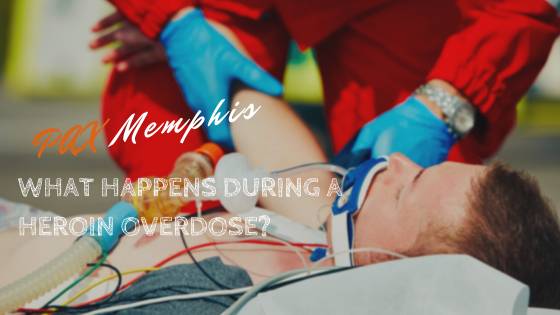 Heroin is one of the most addictive and lethal drugs in the world. Heroin is an opioid derivative of morphine. It is manufactured illegally in a white or brown powder form or a sticky substance referred to as “black tar heroin”. Due to the various forms of this synthetic drug, heroin can be snorted, smoked, or injected intravenously. According to the National Institute on Drug Abuse (NIDA), heroin is converted back into morphine and binds to opioid receptors in the brain. This interaction leads to a decrease in subjective feelings of pain and an influx of dopamine. The rush of dopamine ultimately leads to feelings of pleasure and euphoria. No matter the method of use, heroin is delivered quickly to the brain and provides powerful addictive effects.

There are many dangers associated with heroin use. One of the most serious side effects of heroin abuse is the risk of overdose. Heroin abuse has escalated in the U.S. which has resulted in more overdose deaths. According to the U.S. National Library of Medicine, 2014 saw more than 10,500 heroin overdose-related deaths. This was an increase of 8,200 recorded deaths from the previous year.

Signs and Symptoms of Heroin Overdose

Overdosing on heroin is potentially fatal and requires immediate medical attention. Signs and symptoms of heroin overdose may vary depending on the amount of heroin used, purity of the heroin, any other substances used, and the individual’s age/weight.

Risks of heroin overdose may increase when:

What is an Overdose?

An overdose represents a pathologic level of drug toxicity. In other words, the levels of the specific drug overwhelm normal physiological functioning. The individual experiencing the overdose may not realize they are overdosing, especially if they are heavily under the influence of heroin. There are opioid receptors in several different areas of the body including the brain, central and peripheral nervous systems, and in the gastrointestinal tract.

When a person experiences an opioid overdose, their body becomes overwhelmed by the substance and ultimately blocks each opioid receptor in the body – preventing other vital functions from performing. Typically, opioid overdoses cause a person to be unable to breathe. This leads to decreasing oxygen levels in the blood. Then, a person’s lips and fingers will turn blue – a medical condition called cyanosis. The lack of oxygen will begin to stop vital organs such as the heart and brain from functioning.

Can a Heroin Overdose be Reversed? 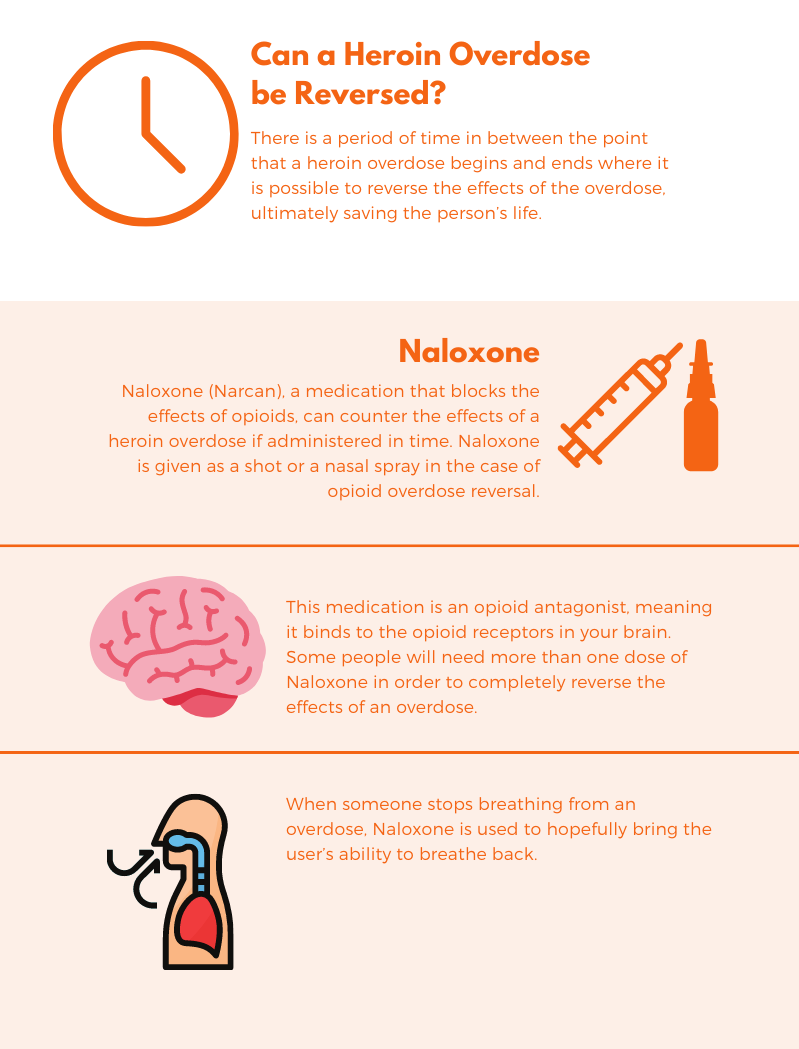 Anyone can obtain Naloxone for the purpose of reversing overdoses. In many areas of the U.S., there is a “Good Samaritan” law that protects those who may help someone during an overdose. Naloxone is a harm-reduction medication that was created in lieu of the opioid crisis. If you have to administer Naloxone to someone, you should be sure to promptly call 9-1-1 so they can be medically stabilized by a health care professional. Narcan will put a user into full opioid withdrawal after becoming stabilized from their overdose. Because of this, users should immediately go to the hospital to be medically detoxed in order to prevent them from experiencing unbearable cravings that may cause them to use the drug again.

If you or a loved one is suffering from heroin addiction, don’t wait another minute. Contact an addiction specialist near you today. Recovery is possible.