The Four Stages of Alcoholism 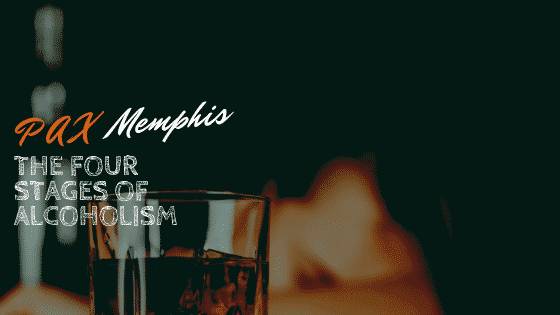 The four stages of alcoholism were defined by E. Morton Jellinek, a researcher who contributed a lot of work toward the study of alcoholism and helped shape society’s evolving view that alcoholism is not a moral failing.

Why categorize alcoholism into stages? It’s proven a helpful method for identifying drinking problems before they spiral out of control, and it helps addiction treatment centers and those suffering from alcoholism to know what treatment options to take.

The four stages of alcoholism are:

At this stage, drinking doesn’t seem to be a problem. It’s not negatively affecting the person’s day to day in terms of health or social life. In fact, a person’s social life may be very active and fun at this stage, as alcohol is a highly social drug.

Alcohol consumption is primarily social at this point.

As stage 1 progresses, drinking may be used as a means to reduce stress, whereas before it was only used because it was a social thing to do and it was a bit of fun. Larger amounts of alcohol are needed to get the same euphoric feeling as a person progresses through stage 1.

If a person is primarily drinking to ease stress or distract themselves at this point, it is time to evaluate if they may have a drinking problem.

Physical symptoms of stage 1: Development of a tolerance for alcohol

Stage 2 alcoholism is the period wherein a person is becoming dependent on alcohol. At this stage, a person may become aware that they are drinking entirely too much, but may have trouble deciding not to have a drink. They may experience blackouts after binge drinking.

They might begin hiding their drinking behavior by sneaking alcohol into other drinks, or avoiding social gatherings where alcohol won’t be present. It is at this stage that a person may begin lying to cover up the amount of alcohol they are consuming.

Physical symptoms of stage 2: Tolerance for alcohol continues to increase

By stage three, a serious problem has developed. Drinking is now a powerful force that becomes all consuming.

Drinking at work or at other inappropriate times is a frequent occurrence. During stage three, someone will have noticed the problem, and it is most likely obvious to friends and family.

The person’s life may begin to really suffer at this point. They are hungover frequently, and work, school, and other responsibilities become inconsequential. Performance in all aspects of life, be it work, school, family matters, friendships, is poor.

Stage three is where a person should seek treatment for alcoholism.They may need to detox from alcohol and begin attending meetings. AA meetings have helped thousands recover from alcoholism at this point.

During stage 4, people often lose their jobs, their relationships with their friends and families dissipate, they begin feeling fearful for no reason and experience bouts of paranoia. It is a dark place for a person to fall into.

If gone untreated, alcoholism at this stage can cause:

The physical symptoms of stage four alcoholism are clearly life threatening. Even if a person tries to stop drinking at this point, they may experience serious withdrawal symptoms.

The withdrawal symptoms of alcohol are not to be taken lightly.

The more minor symptoms include:

Serious alcohol withdrawal can cause hallucinations, and eventually seizures.

This is why supervised detoxification is highly recommended for alcohol withdrawal during stage four.

Alcoholism is treatable at any stage. The sooner a person gets help, the more likely they are to achieve long term recovery. Alcohol is tough to beat, but thousands of Americans have had the good fortune to be able to receive help with their addictions.
It is important to reach out to loved ones with drinking problems as soon as you suspect they may need help.