The Biology of Addiction

Home » Blog » The Biology of Addiction 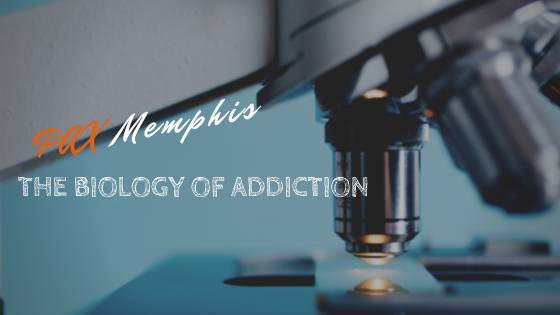 Some people can drink one glass of wine and continue on with their evening without having another. Others can take a prescription as directed without any difficulties. Some people, on the other hand, will try to have only one drink. Suddenly, one drink turns into five or six. Similarly, some people get an opioid prescription and find themselves abusing it within a matter of days. While these two types of people consume the same substances, one reacts differently from the other. Unfortunately, the latter described may have an addiction.

There are many factors that can make a person more susceptible to addiction than others. For example, a person who experiences childhood trauma or suffers from mental illness is more likely to self medicate than someone who does not. In addition, someone who is raised among others who suffer from addiction is more likely to begin abusing substances themselves. While emotional and environmental factors play a huge role in the susceptibility of addiction, biology plays an even bigger one.

Genes are passed down from one generation to the next. They can determine things like hair color, skin color, body type, and more. Unfortunately, some genes can make certain individuals more susceptible to addiction.

Genes and the Risk of Addiction

The University of Utah conducted a research study on how genes affect the risk of addiction.[1] Their findings suggest that certain genes play a huge role in how likely someone is to suffer from drug or alcohol addiction. For instance, some people have certain genes that make the effects of drugs and alcohol more enjoyable. These individuals receive a higher reward response in the brain when drugs are taken. Consequently, they may continue to take drugs habitually due to the pleasure they feel. Genetic factors like these make the brain and body more vulnerable to the dangers of drug and alcohol abuse.

Additionally, the National Institute on Drug Abuse suggests that specific dopamine receptors play a role in addiction. D2 is a dopamine receptor that can be used to predict whether or not a person will suffer from alcohol, cocaine, or heroin addiction. Intensive studies have been conducted on differentiating densities of the D2 receptor. Brain images suggest that individuals who have fewer D2 receptors are more likely to suffer from addiction as opposed to someone with many of these receptors.[2]

Children of Alcoholics and Addicts

Many studies have proven that children born from addicted parents are more likely to suffer from addiction as well. The National Institute on Alcohol Abuse and Alcoholism reports the following:[3]

While environmental factors can certainly play a role, this same study found that, sometimes, biology can overrule the environment. The study also researched adopted children whose biological parents had an addiction. It found that even when separated at birth and placed into non-alcoholic homes, many of these children developed alcoholism later in life.

Both of these studies suggest that biology plays an immense role in the risk of addiction. Genetics can make individuals much more vulnerable to addiction. As a result, when that susceptibility meets the opportunity to use, addiction is likely to ensue.

Genes Play a Huge Role, But What Else Causes Addiction?

Genes certainly increase the risk of addiction. However, just because a person is genetically predisposed to addiction, this doesn’t mean it is the destiny of that individual. These people who are predisposed to addiction often have an inability to stop using once they begin. However, some don’t develop an addiction if they never start using substances in the first place. If a person’s brain has no ability to stop once it begins using drugs habitually, addiction will likely take hold.

Even though certain people are more vulnerable to developing a substance use disorder, other factors play a role as well. These factors include:

The more factors a person is exposed to, the more likely a vulnerable person will become addicted. As a result, a mere choice to experiment with a substance for momentary relief can rapidly transform into an obsessive need to continue using.

It is evident that people with a family history of addiction should avoid substance use completely. Their brains are frequently primed to feel extreme pleasure and reward from substance abuse. Consuming any substance that provokes this type of response can lead to severe addiction.

Even though genetics play a huge role in the development of addiction, there are other ways to live. Nobody is born with a life-purpose of being an addict. Instead, these addictive tendencies can be used for the power of good. A structured drug rehab program can teach individuals how to regain control of their lives with a force as fierce as the one that once drove them to use substances.

In the end, if a person is suffering from addiction, he or she shouldn’t waste any time debating how his or her genetics played a role. Instead, he or she should seek help from a trusted drug rehab immediately. At PAX Memphis Recovery Center, we use evidence-based treatments to help clients recover. We believe that each and every client can, and will, be more than addiction.