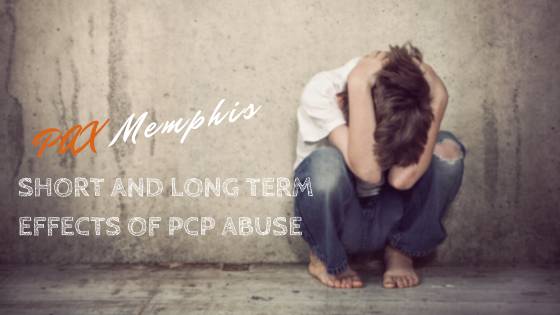 Long term PCP abuse is dangerous due to the drug’s powerful hallucinogenic and psychoactive effects. Phencyclidine (PCP) is a Schedule II controlled substance known for it’s psychedelic and dissociative effects. Although the substance was initially used during surgeries, the FDA no longer sees any medical use for the drug.

Most people associate the drug with its negative side effects and the tendency to cause psychotic episodes. However, it is still abused as a hallucinogen and has many long-term side effects. Despite the serious consequences of PCP abuse, addiction can be treated with professional counseling and peer support.

Phencyclidine was first developed in the 1950s as an anesthetic used during surgeries. This tranquilizer was known as Sernyl. However, physicians quickly discovered that the medicine caused mania, hallucinations, and impaired thinking in patients, so it was discontinued as a surgical anesthetic. Unfortunately, over the next two decades, the substance became a popular recreational drug due to it’s dissociative and euphoric effects on the user.[1]

Today, PCP is commonly known as angel dust and is an illegal drug. It is sold as a white powder that people smoke, swallow, snort, or inject. While some people take this drug willingly, other reports have surfaced of marijuana and other drugs being laced with PCP solutions.

Unlike other psychedelics, such as LSD and psilocybin mushrooms (magic mushrooms or “shrooms”), many people associate PCP abuse with bizarre, psychotic, and even violent behaviors. While aggression and psychosis are common among people who abuse PCP, the drug is also dangerous because it is manufactured in clandestine laboratories – so it’s impossible to know exactly what you’re getting.[2] When people get addicted to PCP, they experience withdrawal symptoms and cravings, so it’s important to seek treatment if you’re suffering from an addiction to this dangerous drug.

With psychedelic properties, the effects of PCP abuse vary from person to person. However, the drug is often associated with agitation, violent outbursts, and psychosis. When ingested, the drug affects the production of dopamine, serotonin, norepinephrine, and glutamate. As a result, people under the influence of the drug have limited pain sensations, memory functions, emotional regulation, and cognitive abilities.[3]

Shortly after taking PCP, a person will have a spike in heart rate, breathing, blood, pressure, and body temperature. However, at a high dose, the drug has the opposite effect, reducing all of these functions. As a result, the signs of PCP abuse vary from person to person depending on what dose they take.

Some signs and short term side effects of taking PCP include, but are not limited to:[1][2]

Other short term side effects of PCP abuse include:

People under the influence of this dangerous substance exhibit poor reasoning and judgment, which often leads to violent behaviors or self-injury. Moreover, the drug has led to reports of people feeling “superhuman strength” or the delusion that they are invincible: a dangerous belief to have while impaired by an intoxicating substance. Consequently, PCP abuse can ultimately lead to poor decisions, unwanted hospital visits, legal problems, and more.

While there is limited research regarding the long term effects of PCP abuse, the longer a person abuses the drug, the more likely they are to experience the negative side effects of it. For example, long-term PCP users are known to experience increased bouts of aggressive, violent, and psychotic behaviors that are similar to those experienced by schizophrenics.

From the research we do have, long term side effects of PCP abuse may include:

Furthermore, the drug is known to produce serious muscle contractions which lead to poor posture and strange movements. Surprisingly, these movements and contractions have the potential to be so detrimental that muscles can break down and kidneys can sustain damage.[2]

In addition to long-term side effects, PCP is an addictive substance despite being known for causing “bad trips” and irrational behaviors.[3] Fortunately, many of these long-term effects tend to subside after a year or more of abstinence and help from an addiction treatment center.

The extreme side effects of PCP abuse are terrifying and well-known, which is why abuse of the drug has declined over the last 20 years. However, the drug still pops up from time to time and there are people who seek drug rehab for addictions to it. First, if you experience withdrawals when you don’t take the drug, you will need medical supervision during detox. Then, you need the help of behavioral therapy and support groups to sustain sobriety and continue improving your health.

If you’re addicted to PCP or any other hallucinogenic, contact us today. We’ll help guide you on your road to recovery.