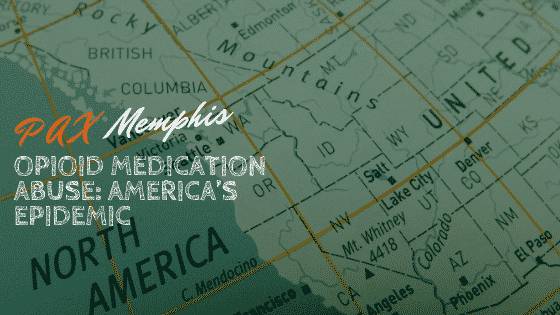 The U.S is in the midst of an opioid overdose epidemic.

As more and more people are prescribed opioid medications, such as OxyContin, opioid-related deaths are rising to staggering levels.

Developed to treat moderate to severe pain, prescribed opioid medication is proving to be highly addictive to many patients.

The drug’s ability to create an influx of artificial feel-good hormones makes opioids extremely hard to discontinue, even after short periods of use.

And what happens when people can no longer access prescription opioid medications from their doctor or medical practitioner?

They may turn to illicit forms, such as heroin, possibly furthering the harm they may cause to themselves or others.

So What Exactly Is Opioid Medication

Think of it like this: all opiates are considered opioids, although not all opioids are naturally occurring opiates. The term opioid really is just a blanket term used to cover all naturally derived opiates and synthetic opioid medications.

So what are common opioid prescription medication or illicit opioid drugs that you may encounter?

Here are some of the most commonly used opioids in the US:

What Are Opioids Used For?

Opiate derived pain medications are prescribed to patients predominantly to treat moderate to severe pain. The drug is most commonly administered to patients after a surgery or major medical procedure. Common legal prescription medications include:

How Do Opiates and Opioids Work Within The Body?

Opioids attach to specific proteins called opioid receptors. This occurs on nerve cells within the brain, spinal cord, the gut, and various other parts within the body. When this occurs, the opioids block pain signals, sent from a pain site, which is intended to travel through the spinal cord to the brain.

Along with blocking pain signals to the brain, opioids also slow breathing and has a general calming and anti-depressant effect. This is due to the fact that the drug targets the brain’s reward system, releasing an influx of feel-good dopamine and endorphin hormones.

Dopamine is a neurotransmitter located within regions of the brain that regulates movement, cognition, motivation, and emotion. An influx of dopamine brings upon feelings of euphoria, happiness, and pleasantness to the user.

Unfortunately, these feel-good reactions experienced by users don’t come without a price. Overstimulating this system, which rewards our natural behaviors, can establish harmful habits.

You see, our brain circuits are wired to ensure we repeat life-sustaining activities. These activities are established within our behavior with a built-in pleasure and reward system in the brain.

Whenever this reward system is activated, and feelings of pleasure and reward are experienced, the brain notes that whatever activity is being played out needs to be remembered. This reward establishes within our brains the need to repeat this activity again and again.

It is an impressive survival mechanism that has propelled us to where we are today as humans.

It works great if the rewards promote survival, such as going for a run along the beach or park, but not so great if it rewards life-threatening behaviors, such as misusing potentially harmful drugs.

Side Effects Of Opioids and Opiates

There is a range of side effects that can be experienced when taking opioids or opiates. Some effects are experienced short-term and some are experienced long-term. This varies from person to person and depends heavily on the duration somebody is taking the medication and in what form it is being administered.

Either way, a “high” of some sort is usually experienced by the user when taking opioids.

Different opioids or opiates are fast acting, while some are slow acting. The faster-acting forms, such as heroin, produce a very intense high. Slow acting forms, like morphine or Oxycontin, produce a much longer lasting, less intense experience.

So aside from the high experienced when taking opioids, what are some of the other common side effects a user can expect?

Some other side effects may include

The signs of opioid addiction can often be linked to certain symptoms of abuse. Substance abuse can be physical, psychological, and behavioral. Some clear signs of addiction begin with the inability to refrain from using more than the prescribed or recommended amount of the drug.

Or not being able to stop using the substance altogether.

From there, other signs of abuse may include

And if someone overdoses on opioids?

If somebody is showing any of these symptoms and you suspect they are experiencing an overdose, immediately contact emergency services on 9-1-1.

How Is Opioid Addiction Disorder Treated?

When somebody stops using opioids, their bodies will react. As the brain adjusts to having the entire pleasure and reward system depleted, the pain signals from the body flood the brain, causing extremely unpleasant withdrawal symptoms.

The severity of the symptoms depends on the level of addiction, the most common symptoms of withdrawal being:

Doctors or medical practitioners can prescribe specific medications to help relieve withdrawal symptoms. Medications such as methadone, buprenorphine, or naltrexone can also assist in the cravings recovering users may experience.

There are many effective treatment options that may assist someone’s recovery. Opioid addiction can be treated with

There are also many organizations that are dedicated to assisting people who have an opioid addiction. Organizations such as SAMHSA and the U.S Department of Health and Human Services will assist people seeking reliable and effective treatment facilities. Ask family and friends for support too, they can be an integral part of somebodies recovery.