Is Alcohol Safer than Other Drugs?

Home » Blog » Is Alcohol Safer than Other Drugs?

Alcohol is not only legal, but it is a popular and widely accepted part of American culture. Due to the public opinion surrounding alcohol, some people think it is less dangerous than illegal substances. However, the experts, as well as studies about chronic alcohol abuse, suggest otherwise.

It is easy to see why so many people view alcohol as safer than other drugs. After all, it is sold in grocery stores, restaurants, and even neighborhood convenience stores. You don’t need a prescription or a drug dealer to buy it – all you need is your ID. In addition, alcoholic beverage companies use clever marketing tactics to appeal to people of all ages. Similarly, many high-profile pop-culture figures portray drinking and getting intoxicated as exciting activities. As a result, alcohol is often considered a beverage rather than a mood or mind-altering substance.

Alcohol Use vs. Drug Use

The Independent Scientific Committee on Drugs (ISCD) scores different substances based on how dangerous they are. A score of 100 means extremely harmful, while a score of 0 is considered not harmful. Of the 20 drugs they examined, alcohol scored as the most harmful with a score of 72. Surprisingly, heroin and crack scored 55 and 50 respectively. The ISCD determined that psilocybin mushrooms, or magic mushrooms, scored a 5 – making them one of the least harmful substances.[1]

Furthermore, in 2016 approximately 63,000 people died from drug overdoses. On the other hand, more than 88,000 people died from chronic alcohol abuse.[2] In addition, alcohol is the third leading cause of preventable death in the U.S. As a result, alcohol is reported to have shortened the lifespan of those 88,000 people by nearly 30 years. Alcohol abuse not only harms the individual drinking, but it can harm others as well. Chronic drinking is responsible for many wide-ranging consequences, such as:

Still, alcohol is a far more common substance of abuse than all other substances combined. However, alcohol abuse causes the body to deteriorate slowly, while many illicit substances can cause instantaneous death by overdose. Even though alcohol is legal, it’s effects are more far-reaching than the effects of illicit drugs.

While alcohol is proven to be more dangerous and harmful than other drugs in the long-run, not everyone who drinks is at risk of suffering the dangers of alcohol consumption. After all, only about 50% of Americans drink, but the majority of alcohol consumed in the U.S. is drunk by 10% of these drinkers.[3] 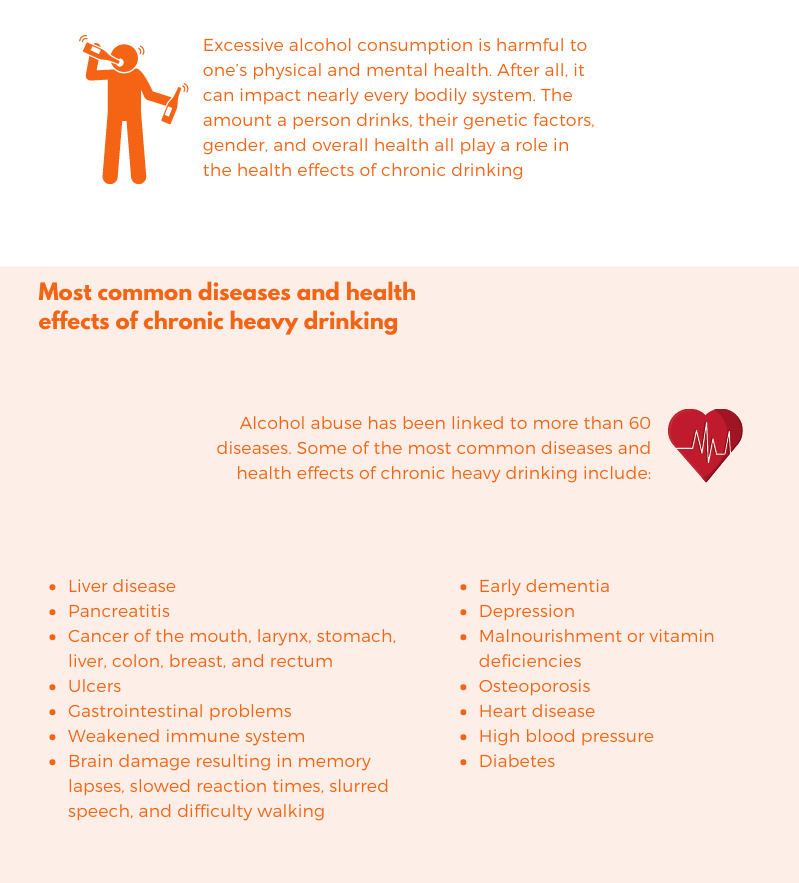 While the nation is focusing primarily on the opioid epidemic, alcohol addiction is still an overwhelming issue for millions. Rather than accepting alcohol as a way of life, individuals should remember how deadly it can be if abused. More importantly, those who are suffering from alcoholism should seek alcohol treatment sooner rather than later. After all, medical detox, psychiatric care, and long-term abstinence can help reduce one’s risk of developing alcohol-related diseases.

If you or a loved one is suffering from alcoholism, contact the addiction specialists at PAX Memphis today to learn more about our alcohol rehab program.