Important Documentaries and Other TV Shows About Addiction

Home » Blog » Important Documentaries and Other TV Shows About Addiction 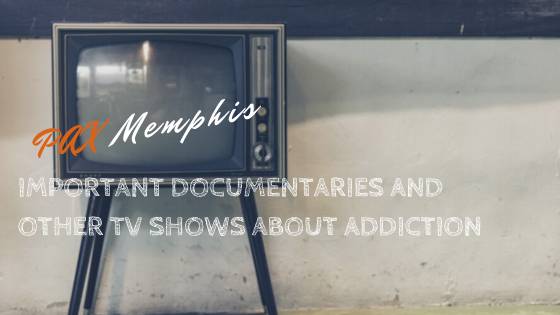 In a generation that is more technologically advanced than any generation before, it is no surprise that we are primarily stimulated through documentaries and reality TV shows that depict the world around us in a tangible way. Documentaries, specifically, combine the genuine storyline of an actual human being with the realism of the struggles of life. Oftentimes, these shows and movies display a powerful message surrounding a current event or trending topic. Therefore, it is not surprising that the drug crisis plaguing America has become a hot topic for documentary producers and filmmakers alike. Addiction is still often stigmatized and many writers have taken on the task to shed light on the true nature of drug addiction, recovery, and mental health in order to spread awareness using documentaries about addiction.

Documenting the events and trials of an individual struggling with addiction not only displays their life in real-time but also creates a connection that cultivates compassion with the audience. Documentaries about addiction often inspire others to spare their judgments and even help someone seek substance abuse treatment. These addiction-based TV shows depict the reality of the disease of addiction. Here are a few of the most important must-see documentaries and other TV shows about addiction.

1. Russell Brand: From Addiction to Recovery

One of the most pressing stigmas surrounding addiction: Is addiction a choice or is it a disease?

In this brilliant documentary, Russell Brand speaks to a diverse group of people on the topics of substance abuse, mental health, and recovery. From scientists researching the psychology of addiction, professionals in the trenches trying to help addicts, and even people struggling with addiction, Russell Brand explores the topic and asks difficult, thought-provoking questions.

Is addiction a choice? Should we criminalize drug use or should we take the treatment approach when addressing substance abuse? Is abstinence-based recovery the only way?

Most importantly, Russell Brand challenges lawmakers and the efficacy of decriminalizing substance abuse. If you are unsure where you stand on the discussion surrounding addiction, this documentary is a must-see.

This Oscar-nominated film takes an objective look into the lives of three women – a fire chief, a judge, and a street missionary. Each of these women is on the front lines of the heroin epidemic plaguing Huntington, West Virginia.

Cabell County, home of Huntington, West Virginia, has a population of over 96,000 residents and 10% of these locals are addicted to IV drugs. Every day in Huntington, approximately five overdoses are reported and one out of every 10 of these overdose victims dies. The state of West Virginia has long been reported as one of the states hit the hardest by the opioid epidemic. The heroines in this documentary reveal what it’s actually like to be in the trenches with real-life heroin addicts.

This film follows Fire Chief Jan Radar who raises awareness on the importance of overdose reversal drugs as she teaches first responders how to administer naloxone. Patricia Keller is a firm but compassionate drug court judge who faces the reality of addiction that plagues the Huntington community. Necia Freeman is a local realtor who spends her nights driving the streets and shares the word of God, toiletries, food, and love with women who are prostituting themselves for drugs.

Heroin(e) takes an in-depth look at just one of the cities, in the U.S., that has been ravished by addiction – specifically opioid addiction. These women are a representation of how people within our communities are stepping up to shed light on the disease of addiction and working together to end stigmas and promoting recovery.

First aired by A&E on March 6, 2005, Intervention is an American docu-series that follows one/two participants who are addicted to drugs and/or alcohol. Intervention is one of the first series that shed light on the baffling nature of addiction. During each episode, a film crew follows people of all ages, races, genders, and occupations documenting their day to day lives in the grips of addiction. Family members and/or friends of these addicts write in to the show about their loved one, expressing their concern. Producers work with these individuals to document and eventually stage an intervention with a professional addiction interventionist.

Each episode of intervention shows the harsh reality and dangers associated with addiction. From doctors to mothers, Intervention sheds light on the non-discriminatory nature of the disease of addiction. The raw and sometimes heartbreaking undertones of Intervention is one of the most realistic depictions of what happens to an individual when they become addicted to drugs and alcohol. The show also takes a deeper look into the past traumas, family dynamics, and mental health issues that contribute to the vicious cycle of substance use disorder.

Intervention works with substance abuse treatment centers across the country and offers resources for each individual documented throughout the show. The goal of each episode is to document the life of the addict and to end the show with a licensed therapist who facilitates an intervention and recommends drug and alcohol rehab based on the specific needs of the addict who participates. From start to finish, Intervention sheds light on the cause and lasting effects of the cycle of addiction.

In 2016 painkiller abuse continued to skyrocket as the federal government issued its first set of guidelines to opioid prescriptions. In order to try and in order to try and slow down the effects of the opioid epidemic, multiple investigations were launched into doctors prescribing these lethal pain medications. Investigations into the death of famous musician Prince led to finger-pointing at Big Pharma, doctors, and addicts.

“Dr. Feelgood” highlights the lucrative story of Dr. William Hurwitz – a pain doctor in northern Virginia who was convicted on 50 of 62 counts of drug trafficking. This documentary not only takes a deeper look at the corruption with Dr. Hurwitz but aims to shed light on how the nation’s ongoing opioid crisis began with the overprescribing of prescription painkillers to ease chronic pain and the pop-up pain clinics that propelled the epidemic.

Dr. Hurwitz was one of the thousands of doctors who became prominent for their “whatever dose that produces the tolerable side effects” narrative surrounding opioid medication. The investigation into Dr. Hurwitz’s practice revealed that he prescribed more than 80,000 prescription pain pills to ONE patient over a 19-month period. Many of his regular customers turned to the streets to sell their prescriptions while other patients actually died as a direct result of an opioid overdose.

This documentary about addiction takes a look at the evidence supporting the root causes of the opioid epidemic that continues to plague the United States. “Dr. Feelgood” explores the necessary questions and concerns surrounding the motives and detrimental effects of Big Pharma and uneducated patients.