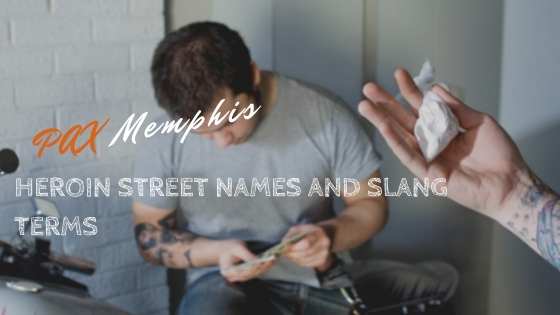 Heroin is a highly addictive Schedule I controlled substance. That means the substance is completely illegal and there are no accepted medical uses for it – it is only sold illicitly on the streets. Being an illegal substance, heroin street names and slang terms are often used to refer to the buying, selling, and using of the drug.[1]

The street names used to refer to heroin are always changing as the culture behind heroin manufacturing and distribution is constantly changing, as well. In addition, the slang terms used for heroin will vary from one country to the next and even from one region to the next. As a result, heroin goes by a variety of different street names.

Let’s take a deeper look into how the manufacturing and distribution of heroin play a role in the slang terms and street names used to refer to the substance by dealers, buyers, drug users, and others.

The Importance of Knowing the Slang Terms for Heroin

If you are concerned about a friend or family member because you think they are using drugs, knowing the street names and slang terms for heroin can help you identify a drug problem. Drug users often use slang terms and nicknames to refer to substances that other people don’t pick up on. However, one part of being educated about addiction and substance abuse prevention is to understand the jargon used by dealers and users.

The Appearance of Heroin and How it Impacts the Street Names

Heroin looks different depending on who and where you buy it from. For example, one type of heroin is commonly referred to as “black tar.” Black tar heroin is given this name because it is a brownish-black, sticky substance that resembles the appearance and consistency of tar. Black tar heroin is formed by combining heroin with an acidic substance, such as lemon juice, giving the drug a stick and dark-colored appearance. Black tar heroin must be dissolved and injected into the veins. Other slang nicknames of black tar heroin include “Mexican mud” or “black pearl.”

Heroin Combinations and Cutting Agents and Their Slang Terms

Even if you purchase heroin from a dealer whom you supposedly trust, it’s important to recognize that heroin is rarely sold on the streets in its pure form. Instead, dealers use cutting agents and additives to lower the cost of the substance, increase the potency, and drive a higher profit.

Sometimes heroin is mixed with baking soda, talcum powder, powdered milk, or other inactive substances to simply make buyers believe they are purchasing more heroin than they actually are. Other times heroin is cut with stronger opioids, like fentanyl or fentanyl analogs. This makes the substance cheaper, more potent, and more addictive.

Depending on the type of cutting agent used, people may refer to heroin differently. People may also purposefully mix heroin with other substances and refer to that mixture as a specific name. Common heroin combinations, cutting agents, and mixtures along with their street names are:

When used by itself, heroin is dangerous enough. Accidental overdoses on heroin happen each and every day. Heroin, when mixed with other depressants such as alcohol, benzodiazepines, or opiates is extremely dangerous as it increases the risk of overdose.

In addition to having specific street names, heroin users may use other slang terms and verbiage to buy drugs, sell drugs, and describe their drug use. For example, certain slang terms may be used to describe how much heroin a person is purchasing. These include:

Understanding the slang words used to describe heroin use can also help you identify a heroin addiction.

Ultimately, there are a ton of slang terms used to describe heroin and the latest street names are changing on a daily basis. One reason the street names for drugs change so often is that manufacturers, dealers, and buyers are constantly coming up with new terms to avoid attention from the police and other authority figures.[3]

Some general slang terms commonly used for heroin include:

It doesn’t matter what you call it – heroin is a highly addictive drug that can have fatal effects on drug users. Fortunately, with the help of medical detox, intensive treatment, and continuing care, anyone can overcome their addiction to heroin. If you or a loved one are battling a heroin addiction, it’s time to ask for help. Pick up the phone and call us today to learn about your addiction treatment options.