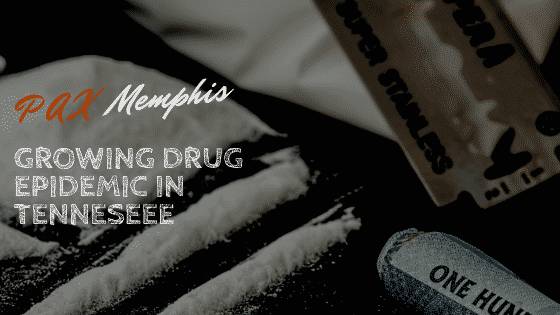 In 2017, a total of 1,776 people died from drug overdose in the state of Tennessee. Opioids, both medically prescribed opioids and illegal opioids, are one of the most abused drugs, as about 1,300 out of 1,776 were opioid-related deaths. This is a common problem across the country. Drug abuse, which leads to dependency and addiction, is stealing the lives of both young and old. No age group, race, or social status is untouchable. In November 2018, Terrence Jackson, Memphis Lt. mentioned a case of the youngest person to have died from drug abuse. A 14-year-old girl who died on her 14th birthday after using heroin.

The problem is deeply rooted. Most of the drugs that are abused today are opioids, basically, pain medication. And most people that abuse opioids move on to heroin when their prescription runs out. A lot of addiction stories start this way; a health care provider prescribes a legal opioid medication, maybe OxyContin, and the patient becomes addicted over time.

Well, this can’t continue forever, and at some point, the patient will no longer get OxyContin, but there are cheaper opiate drugs such as heroin that are easily accessible in the street that give the same feeling OxyContin gives. Drugs such as heroin, cocaine, meth, etc. are available everywhere in Memphis, TN. One of the possible solutions is restricting the availability of prescription opioids so that patients don’t develop a dependency. The problem, however, is that this will push more people to start looking for alternatives when they can’t get prescription opioids.

Illegal drugs sold in the streets do more damage than legal opioids. In many cases, drug dealers mix a substance into heroin known as Fentanyl, which is a more potent substance than heroin. Even in small doses, it is much stronger than heroin. Drug addicts usually don’t care if there’s a little or a lot of fentanyl mixed with the heroin they’re getting down the street, the cravings control them.

This is the story of Mandrell Newsome, 36 year old father of six who had been arrested and jailed along with his wife for selling opioids. In August last year, he overdosed on fentanyl-poisoned heroin and died.

Parents are watching their children die from drug abuse, children are being left lonely in the world because their parents are addicted to drugs. The drug epidemic creates a kind of trauma that needs to be tackled from the root cause. That is why the Governor of Tennessee, Bill Haslam, initiated a Together TN plan to fight this epidemic.