Can You Get Addicted to Concerta?

Home » Blog » Can You Get Addicted to Concerta? 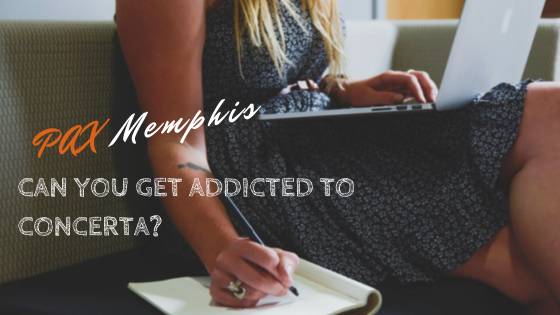 Concerta is a stimulant medication similar to Ritalin that is used to treat attention-deficit hyperactivity disorder (ADHD). Commonly abused by college students and athletes in place of Adderall, many people wonder if you can get addicted to Concerta. Although this medication is sometimes viewed as safer than other prescription stimulants, it actually has the same chemical makeup as Ritalin – a drug known to be addictive to those who abuse it. As a result, anyone who abuses the drug can get addicted to Concerta just like they would get addicted to Adderall, Ritalin, or even cocaine.

Concerta is the brand name of methylphenidate, a stimulant medication used to treat ADHD. When taken as prescribed, the medication works to improve one’s attention span, help them stay focused, and provide control for behavioral problems. The drug is taken by mouth in the morning and should be taken at the same time each day. Although Concerta is similar to Ritalin, Concerta is an extended-release medication that lasts for up to 12 hours.[1]

Due to the drug’s potential for abuse and addiction, it is a Schedule II controlled substance. When purchased on the street or used recreationally, people might snort or inject the drug to produce a stronger and more rapid high. Some common street names for Concerta include:

Who is at Risk for Concerta Addiction?

Concerta is safe to take when taken as prescribed. It is also not habit-forming when taken correctly. However, some people abuse the drug recreationally or take more than their intended dose. Any type of nonmedical prescription use is considered drug abuse and people who abuse drugs are at a higher risk of developing an addiction or substance use disorder.

Furthermore, there are other risk factors that make some people more susceptible to addiction and alcoholism than others, including:

Concerta and other ADHD medications are commonly abused by college students. Known for helping them stay awake, study longer, and even drink more at parties, it is widely abused on college campuses across the nation. Still, prescription stimulant abuse may begin at a young age. Shockingly, in a survey of school-aged children who were prescribed methylphenidate, 16% said they were asked to sell, give away, or trade their medication.[2] However, anyone from stay-at-home-moms to athletes and CEO’s who are looking to stay awake and accomplish more tasks might fall into the grips of Concerta abuse and addiction. In addition to using the drug to study or get work done, some people also abuse it to promote weight loss or merely to get high.

When someone gets addicted to Concerta, they may experience unpleasant withdrawal symptoms if they stop taking the drug cold-turkey. At the same time, they will experience strong urges or cravings to use the drug, need to take increasing amounts of the drug to achieve a high, and neglect their prior passions and responsibilities as a result of addiction.

Side Effects and Risks of Concerta Abuse

Using prescription stimulants without a prescription of your own or in large amounts is dangerous. Concerta directly affects areas of the brain that control your mood, energy, and impulse control, so people abuse it for it’s energizing and stimulating effects. However, taking too much of the drug can lead to an overdose.[3]

Symptoms of Concerta overdose include:

In severe cases, Concerta overdose may result in a heart attack, stroke, cardiac arrhythmia, seizure, coma, or drug poisoning – all of which are potentially fatal.

In addition to overdose, there are other dangers associated with Concerta abuse as well. For example, the drug is often combined with other substances like alcohol or benzodiazepines. However, polydrug use increases the risk of fatal toxicity, overdose, and severe impairment. As a stimulant, people might be able to drink more alcohol or take more drugs while on it without feeling the effects, which is what makes polydrug use so dangerous with this drug.

Lastly, people who get addicted to Concerta are susceptible to the emotional and psychological consequences of drug addiction. They may experience troubles in the home, legal issues, problems with mental health, and even suicidal thoughts. As a result, if you or someone you know has a Concerta addiction, it’s crucial to seek help as soon as possible.

Are You Addicted to Concerta? Get Help Now

If you or a loved one is addicted to Concerta, know that you should never stop taking a prescription drug without medical supervision. Instead, you should consult with your healthcare provider or an addiction specialist about setting up a taper that will wean you off of the drug. However, even after the withdrawal symptoms subside, most people require further treatment.

At PAX Memphis, we know that overcoming addiction isn’t easy – but professional care and support can help you throughout the process. Contact us today to learn more about our treatment programs and how we can help you or your loved one get started on the road to recovery today.