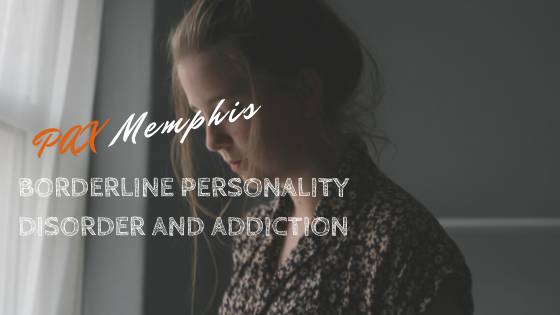 Borderline personality disorder (BPD) is one of the ten personality disorders listed in the Diagnostic and Statistical Manual of Mental Disorders (DSM-5). Mental health professionals define BPD by examining and determining the effects on emotional regulation, interpersonal relationships, and impulse control. Individuals who suffer from this condition are often seen as manipulative, dependent, and dramatic. However, mental health professionals are able to recognize that this behavior is a dysfunctional coping mechanism when the individual is experiencing fear and emotional pain. The pain, emotional instability and impulsive behavior of BPD predispose individuals to a higher risk of drug and/or alcohol abuse.

What is Borderline Personality Disorder?

As mentioned before, a borderline personality disorder is a personality disorder that typically manifests prior to adulthood and is expressed through traits rather than symptoms. In order for an individual to be diagnosed with BPD, a person but have at least four of the following traits listed in the DSM-5:

Borderline personality traits often mimick the symptoms of PTSD. Similar to individuals that suffer from PTSD, individuals with BPD often react more intensely to emotional stimuli such as exhibit intense distress in response to interpersonal conflict. These individuals often engage in self-destructive to cope with the overwhelming emotions they feel.

The origins of BPD remain unknown. However, there are several theories about how this complex personality disorder originates. Noted by the Mayo Clinic, here are a few possible factors that predispose an individual to develop BPD:

Often times, the environmental and neurological factors that contribute to BPD are also major factors in an individual developing an addiction. Many individuals who struggle with drug or alcohol addiction come from home environments in which heavy drinking or drug use was normal. A history of childhood trauma also increases the risk of substance abuse later in life. According to Neuropharmacology, neurological imaging studies indicate that addiction is also related to brain structure and function.

Social isolation and the inability to form and maintain healthy relationships, related to the traits of BPD, can ultimately lead to individuals abusing drugs and alcohol. Other traits of BPD such as depression, anxiety, insecurity, and unfulfillment are also risk factors for substance abuse and addiction. When it comes to diagnosing and treating BPD and addiction, the similarities make proper diagnosis difficult.

Borderline personality disorder and addiction exhibit some of the same symptoms such as:

Substance abuse may initially lead an individual to feel more relaxed or happy. This may come as a sense of relief for an individual struggling with borderline personality disorder. Over time, substance abuse changes the functionality of the brain. When an individual is suffering from a mental disorder and substance use disorder, the two are referred to as co-occurring disorders. One disorder may cause the other, and their coexistence often leads to a more complex situation. Addiction then worsens the symptoms of BPD, and borderline personality disorder often aggravates the symptoms of addiction. Ultimately, the most effective way to achieve addiction recovery for an individual suffering from BPD is to address both issues at once.

Treating both borderline personality disorder and addiction is complex in nature but it is absolutely necessary for both disorders to receive treatment simultaneously. Individuals with BPD and addiction should seek drug and alcohol rehab programs that offer dual diagnosis treatment. These specific treatment centers typically offer dialectical behavior therapy (DBT) in order to focus on mindfulness and positive change. This type of behavioral therapy can specifically help individuals struggling with co-occurring disorders achieve long-term sobriety. In treating both disorders, this treatment reduces the likelihood of relapse and better prepares an individual the foundation to live a healthy, substance-free life.